Loading...
Alerts
Mark everything as read
Les Grappes magazine with

The
shopGrappes & Le Parisien
Everything you've always wanted to know about wine but were afraid to ask.
Home > L'actu du vin> The official wine of the 2016 Tour de France is Chilean!
The wine news

The official wine of the 2016 Tour de France is Chilean!

The news came only a few days ago: the official wine of the 2016 Tour de France will be Chilean - the Bicicleta vintage of the Chilean group Cono Sur. Since this announcement, winemakers from all over France have expressed their dissatisfaction and especially their incomprehension regarding the choice of the organizer, Amaury Sport Organisation (ASO).

From 2 July, the country will live up to the rhythm of the 2016 Tour de France. Known throughout the world and followed by several million people, the Tour de France is a major sporting event and a showcase for France. Benefiting from extensive media coverage, the partners of "La Grande Boucle" (Bic, Vittel, Cochonou, Carrefour, Krys, among others...) take advantage of this international competition to show their attachment to the national colours.

And that's exactly what pisses off the French winemakers. The winegrowers of the Aude region take offence at the choice made by the Tour organisers in awarding the official wine title to a Chilean wine and not to a local product. 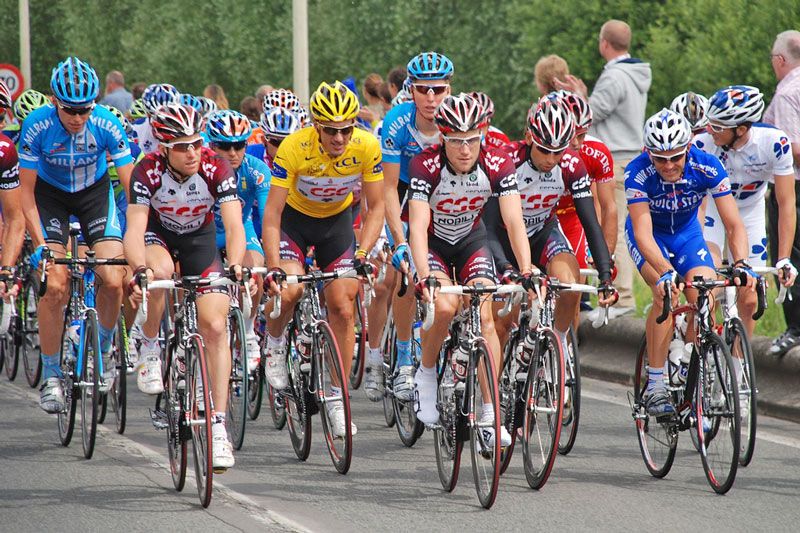 While the International Agricultural Show is in full swing and the press is talking every day about the difficulties of French farmers, this decision by the organizers of the Tour de France, Amaury Sport Organisation is making a big noise among winegrowers and some elected officials. Carole Delga, president of the Languedoc Roussillon Midi Pyrénées region expressed her dissatisfaction yesterday in an open letter to Christian Prudhomme, the director of the Tour de France :

"La Grande Boucle is the festival of cycling, a popular sport accessible to all. It is also the festival of France, its landscapes and its terroirs. Among the priceless treasures that abound in our region are of course the vine and wine. ».

The president of the departmental union of the winegrowers of the Aude Frédéric Rouanet is also surprised by this choice of a foreign wine. The Chilean wine will indeed benefit, instead of a French product, from all the notoriety of the competition during the foreign stages (Spain, Andorra and Switzerland). In order to make its voice heard, the union is even threatening to block the stages with media coverage. Since this declaration, several other unions have joined the movement and the affair is taking a political turn following Senator Courteau's letter to the director of the Tour de France.

Back to the Magazine home page

Back to the top

Buy directly from the winemakers
,Choose with the community!
Want to know more?
Subscribe to our newsletter!
Our latest articles
Our last arrivals
, take a look around!

With an unfailing tenacity, a strong character, with his wife and his family without any ...

Our family property where know-how and traditions transmitted since...

Domain founded in 1786 by a Touraine family (Morcellet family), it was then composed of...