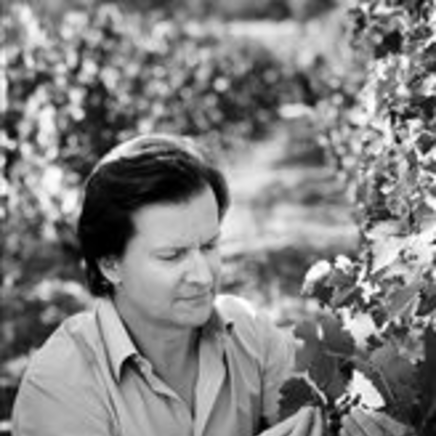 Journalist by conviction... winegrower by passion! Laetitia has two jobs. Their point...

Once is not customary, we have brought the winemaker closer to our professional customers, a selection ...

1
2
3
Discover all our winemakers

(3 ratings)
“Small by the size big by the wine”

The Mas Janeil estate straddles a geological fault and contains a multitude of different soils and subsoils. Some plots in the granite and limestone scree of the fallow...

François Lurton is the fifth generation of this family of winemakers. The Lurtons have developed many original and revolutionary techniques for the vineyard and the cellar. In 1988, François created his own company with his brother Jacques, before taking over the management of the business alone. Today, he owns and produces several unique vineyards around the world: in Argentina, Chile, Spain and France.

At the domain, we apply a semi-organic cultivation method called Biodynamics. The fertilizers are organic (compost) and the ploughing is crossed to avoid grass (no herbicides). The yields are so low that we cannot accept competition from weeds. The winegrower pushes for the development of hedges between each plot to block the wind (tramontane) that often sweeps over us. But also to maintain a fauna and a flora (especially aromatic species, rosemary, thyme, laurel...) which participate in the life of the vineyard.on the highest parcel of the domain, the wind is so strong that the vines remained all small like "Bonsais"! The vinification of the grapes from these parcels is done separately. This is the "Pas de la Mule" (so called because it was a mule track in the cliff to go to Cucugnan).

First a tenant for 10 years, François bought the best parcels of the estate when the previous owner retired. In total, 30 hectares, as well as 60 hectares of uncultivated moorland that allow us to keep our friends the wild boars! Mas Janeil is a whole! We also have access to the estate's springs, which have allowed us to install irrigation on the most arid plots of land, which was a shock to a Bordeaux winegrower accustomed to high vine densities and profitable yields. For a Bordeaux man accustomed to high vine density and profitable yields, this was a shock. The winemaker had to rethink many of his ways of thinking in the vineyard as well as in the winery. Fortunately, François has worked in other terroirs and comes to the domaine with a very open mind, which is why he built a brand new winery in order to be able to apply a personal method of working, very much inspired by tradition of course, but also with things like cold maceration in whole bunches, of which he seems to be the only user in this region.

François Lurton is the fifth generation of this family of winegrowers. The Lurtons have developed a number of original and revolutionary techniques for the vineyard and the cellar. In 1988, François created his own company with his brother Jacques, before taking over the management of the business alone. Today, he owns and produces several unique vineyards around the world: in Argentina, Chile, Spain and France.

The vine is in the family! For 4 generations, the Lurtons, still winegrowers, have developed a large number of original and revolutionary techniques for the vineyard and the cellar. François has developed an original working technique that avoids all the defects inherent in wines that are not protected by sulfur. As a good Bordeaux winegrower, he knows how to make red wines, but born in the Entre-deux-Mers region, a land of white wines, he is very attracted to white grape varieties. François thinks that the white wines of Roussillon are even more original than the reds. According to him, they have their own expression which differentiates them from the rest of the world and makes them unique wines. The winemaker therefore plants several plots of white grapes (white and grey grenache, macabeu ...). The volumes are small but the wines are remarkable. Mas Janeil vinify them in 1/2 muy and in eggs. Here, we love these containers worked for more than 10 years in other vineyards. They give a lot of creaminess to the wine and really allow the origin and the terroir to shine through. "Exigence" would be, I think, the key word. Today, excellence does not leave any room for chance. It is necessary to be natural, careful and attentive. Nature will only express itself if we give it the means.