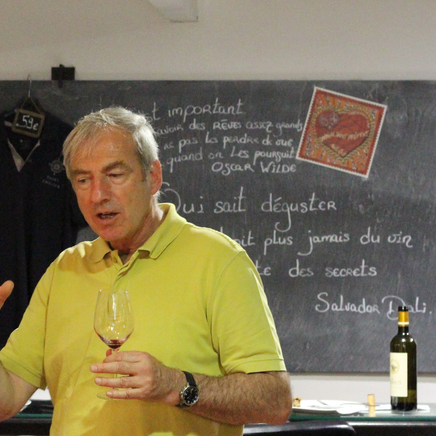 Château Edmus is located in Saint Sulpice de Faleyrens in the Saint Emilion and Saint Emilion Grand Cru appellation area. Our vines, with an average age of 40 years, are planted in a sandy-grey soil...

Château Edmus is located in Saint Sulpice de Faleyrens in the Saint Emilion and Saint Emilion Grand Cru appellation area. Our vines, with an average age of 40 years, are planted in sandy-gravelly soil, one of the distinctive terroirs of Saint Emilion. Sandy, the soils warm up quickly and are characterized by a high aromatic intensity. The complexity is to bring a work on the concentration, green harvest, bleeding, by the assembly of different grape varieties (85% Merlot and 15% Cabernet Franc) and, for the grand cru, by the ageing in oak barrels. Since 2017, Chateau Edmus has decided to initiate a conversion process to organic farming. The process is already underway since it does not use any chemicals for soil enrichment. In addition to this, the estate is very careful with reason (green harvesting, manual harvesting, sorting table) and pays great attention to the hygiene of the cellar, as well as the quantities of sulphur used, which are already below the standards required in organic farming.

We bought our vines at Château de Lescours, whose history dates back to the Middle Ages: a gift from King Edward I of England, who controlled Aquitaine at the time, to Ecuyer de Lescours in 1341, the vineyard would later become one of the main suppliers of clairet to the English Court. After the revolution, the vines were acquired by Duke Decazes, King Louis XVIII's main minister. We are part of this history but we strive to make a modern wine, working on concentration and complexity, produced in environmentally friendly conditions.

The name of the Château Edmus estate is derived from the contraction of the names of the two owners, Philip EDMundson and Eric RemUS. The label features a phoenix, an illustration of our desire to restore the estate's grandeur and the annual rebirth of the land. Our motto "Renascetur Gloriosius", a more glorious renaissance, underlines this will.