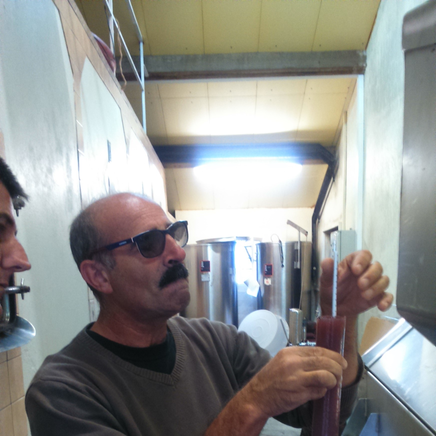 “Is this your last wine, Jean-Pierre?”

Château Fourcaud is located in one of the most famous of the 53 Bordeaux Vineyard Appellations: Saint-Emilion. It has been for three generations, the Veyry Family, also owner of the Ch...

Château Fourcaud is located in one of the most famous of the 53 Bordeaux Vineyard Appellations: Saint-Emilion. For three generations, the Veyry Family, also owner of the Chateau de la Nauve in Saint Emilion, has been managing its destiny. Richard Veyry and his team produce a Saint Emilion AOC, fruity and charming, and an elegant and distinguished Saint Emilion Grand Cru. Benefiting from the latest wine-growing progress and benefiting over the past ten years from mostly favourable climatic conditions, most Saint-Emilion wines have achieved a regularity of quality that is essential for their tasting.

The Château Fourcaud estate began with Michel Veyry taking over 4 hectares of family land in 1955. The frosts of 1956 forced him to replant three quarters of his vines. Then, the same movement that saw, during the 1960s, the reconquest of stubble in the sandy plain of Saint-Emilion, he bought and planted new plots until 1975.

Château Fourcaud has undergone several stages since its creation. Until 1975, he experienced a development that concerned the creation of his vineyard. In a second phase, it invested in the modernization of its structure and especially in the modernization of its resources through an investment effort and technical choices. It is currently in the course of a third phase: the continuation of its production qualification efforts as well as the intensification of commercial development with a direct clientele.

What motivates me the most is above all to create and develop wines of pleasure. Those that you open during a beautiful evening with friends with the desire to share your discovery.

Respect for the terroir and the vines, I produce wines that are typical of my appellation and my soil. Very far from the "coca cola" standard of wines that we drink and forget immediately.