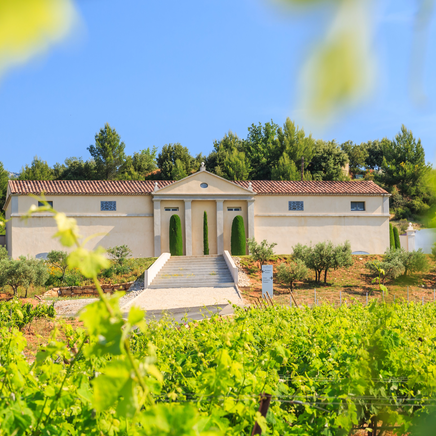 Château Gassier is located in the heart of the Côtes de Provence Sainte-Victoire appellation. The 40 hectares of organically grown vines are surrounded to the north by the Sainte-Vi mountain....

Château Gassier is located in the heart of the Côtes de Provence Sainte-Victoire appellation. The 40 hectares of organically cultivated vines are surrounded to the north by the Sainte-Victoire mountain, to the south by the Sainte Baume massif and to the east by the Auréliens mountains, which form a setting for the vineyard. Less than 30 kilometres from the Mediterranean Sea, it is a semi-continental climate that bathes the valley, ideal for the cultivation of vines and the development of grape varieties such as Grenache, Syrah or Vermentino. Château Gassier produces rosé wines of great finesse and which are aimed at the world of gastronomy.

In 1982, the Gassier family, originally from Barcelonnette (Haute-Provence) and from the Provençal nobility since 1421, bought the property and the 40 hectares of Château Gassier vines. In 2004, the Gassier and Jean jean families agreed to move in the same direction and work together on the property's vines. Today, Georges Gassier, representing the fifth generation of this family's winegrowers, runs the estate in close collaboration with the Gassier house. In 2010, Olivier Souvelain took over the management of Château Gassier to restructure the vineyard and buildings but also to improve the Domain's brand image. With a strong commitment to protecting the site and its environment, the vineyard converted to organic farming in 2016.