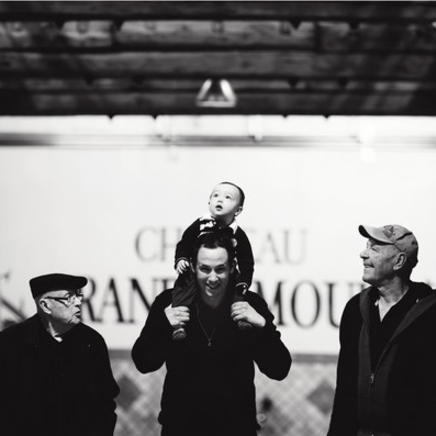 Château Grand Moulin is 31 years of history. The adventure began in 1985, when Jean-Noël Bousquet acquired 24 hectares and set up in a private cellar on the site of an old windmill...


Château Grand Moulin is 31 years of history. The adventure began in 1985, when Jean-Noël Bousquet acquired 24 hectares and set up in a private cellar on the site of an old mill on the banks of the Orbieu River. 31 years old, it is also the age of Frédéric Bousquet, a young winegrower, who took over from his father in 2014, and who is now at the helm of the estate. Château Grand Moulin is a large and vast vineyard, a mosaic of terroirs, wines sold and recognised throughout the world, and one of the leaders of the Corbières appellation.

Château Grand Moulin in the Corbières is the work of Jean-Noël Bousquet, a passionate man, a fighter who has never given up in the face of difficulties and who has shaped a 130-hectare vineyard, from a 2 hectare plot, LA PEGE, acquired when he decided to become a winemaker at the age of 17.

The Bousquet have put everything on a sure value, the land. For 40 years they have been working to identify the best wine-growing areas in Lezignan. They have planted more than 250 plots in Lézignan-Cordbières, Cornilhac-Corbières, Boutenac and Luc-sur-Orbieu. It is this multitude of terroirs and diversity that constitutes all the richness of Château Grand Moulin.

His son Frederic joined him in 2014. Together, they wrote a new page of Château Grand Moulin in the Corbières, THEIR country.


The diversity of our soils allows us to offer very different Corbières. We were even able to isolate a plot of land to make a "Cru Boutenac" in limited quantity (5000 bottles)

Today, the Bousquet family is proud to share its wines and its credo with you: We love working the soil and the vines, we believe in our exceptional wine-growing regions, we commit ourselves to our daily responsibility by signing each of our bottles. We explain the path we have taken by respecting 3 values: quality, work, humility