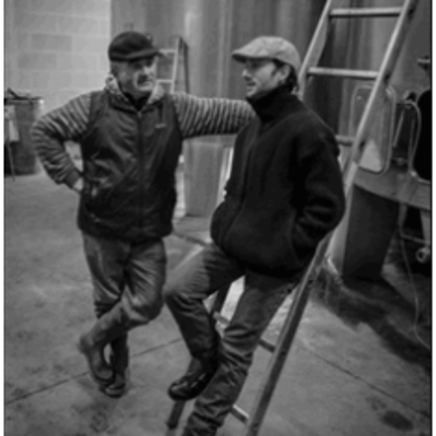 In the northern Médoc, at Château La Hourcade, three generations follow one another during the harvest. A property without a gate, with structured wines whose history is rooted in the village.

In 1940, Mr Cecchini fell in love with the Médoc and a pretty poor woman. Together they founded a family and Château La Hourcade. In the shade of the great vintages, two of their sons took over to produce a wine typical of this secular terroir. Since 1968, this know-how from the peasant lands of this former Diguayre has been passed on.

"The friendships made between the rows of vines leave memories of childhood, laughter and sharing. A wine will never, in our opinion, be the product of a man, a name or a brand, but rather the fruit of the work of those who get up every morning to prune, espour or acaner the vine. For all this, this wine is also theirs. »

"In the commune, the stele of the Diguayres wants to honour the generations who, for 130 years, worked and set the coastline to defend their lands from the onslaught of the ocean. My grandfather was one of those immigrant workers. Many years later his son became mayor of the town while I returned from Bordeaux to learn how to give the wine these traditional reflections. »