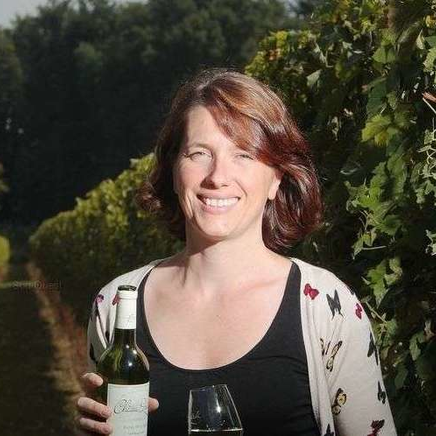 Château Lestrille is located in Saint-Germain-du-Puch, a small village a few kilometres from Libourne and its major appellations. Estelle Roumage cultivates her 40 hectares of vines for a total of...

Château Lestrille is located in Saint-Germain-du-Puch, a small village a few kilometres from Libourne and its major appellations. Estelle Roumage cultivates her 40 hectares of vines for the production of red, rosé and white wines. The terroir is made up of clay and silt.

We cultivate the classic Bordeaux grape varieties such as Cabernet Franc, Merlot and Sauvignon Blanc in the Entre-deux-Mers, Bordeaux Supérieur and Bordeaux Rosé appellations. In all, we offer 3 vintages: one red, one white and one rosé.

The harvest is done mechanically and the vinification is carried out as traditionally as possible. We favour long macerations to produce powerful and fleshy wines that will bring out the aromas of the grapes as much as possible. The wine is matured in old barrels to counterbalance the youthfulness of the vines, which are around thirty years old.

Lestrille has been a family property for 5 generations now. Since its creation in 1901, each generation of winegrowers has brought its own personal touch to the vineyard, the cellar and the cellar.

Today, Estelle Roumage leads the estate with an iron fist and is particularly committed to respecting the environment with methods of vine cultivation and vinification as natural as possible. The important thing is to train your teams in these issues for everyday actions that are less constraining for the ecosystems present in the vineyard.

Thanks to his efforts, but without forgetting those of past generations, his wines are often described by the French and international press as structured and with an excellent price-quality ratio.

A wine château in the heart of the city? Estelle did it! She opened her shop called "A castle in town". In the heart of Bordeaux, you can taste the wines of Estelle but also sit down to eat local specialities, with its food and wine combinations.