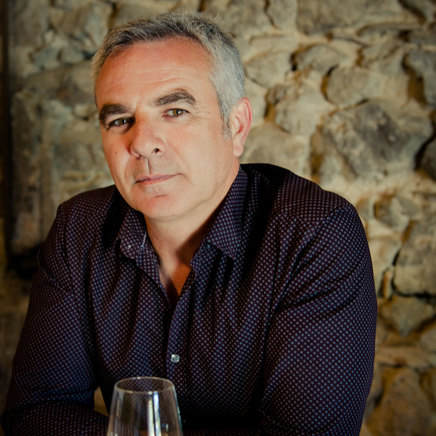 (57 ratings)
“The visionary of the pointe de La Clape”

Château Pech-Redon is located on the highest point of La Clape, a paradise where fauna and flora meet far from the urban world. The massif of the clape is an old island taken by the....

Château Pech-Redon is located on the highest point of La Clape, a paradise where fauna and flora meet far from the urban world. The clape massif is an old island caught between Narbonne and the sea. Composed of 30 hectares cultivated in organic agriculture, the grape varieties produced are grenache, syrah, carignan, mourvèdre and cinsault for red wines and white grenache and bourboulenc for white wines. The particularity of the estate: it's its freshness! Thus, Christophe produces the freshest wines of La Clape.

The origins of Château Pech-Redon go back to Roman times. It was created in the 19th century by a Montpellier family. I took over the estate in 1988 following my studies in oenology. At the time it was 40 ha. I reduced it to be able to take care of the whole estate myself and devote myself to organic viticulture, which has been certified for over 10 years. As a result, we always try to keep a handful of virgin land, which allows us to replant vines on land that has at least 10 years of rest.

As a winegrower, I strive to have an ever more avant-garde vision. For me, organic farming is not only living with the land around me but also a way to revitalize the soil and gain balance and energy!

When you have a profession like mine, it is the terroir that decides. I'm just a craftsman trying to refine what nature has to offer me. This taught me humility and listening. In this way, I accompany the wine and I conduct its maturing with serenity. As I progressed in my work, I quickly realized that I was indebted to this nature that brings me so much. So I quickly ousted the chemicals and turned to organic farming. Our site is now classified as a natural park.