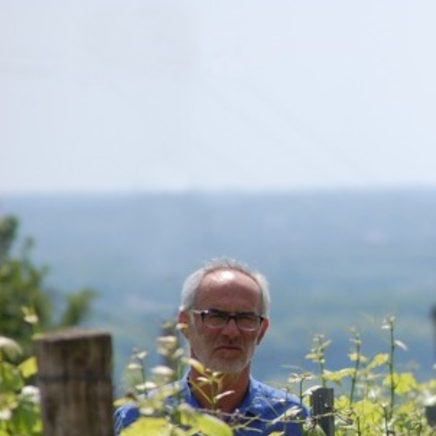 We run a vineyard located on the slopes overlooking the Garonne in the village of Loupiac, which gives its name to the Bordeaux appellation. With my son Romain, we are working on a new v...

We run a vineyard located on the slopes overlooking the Garonne in the village of Loupiac, which gives its name to the Bordeaux appellation. With my son Romain, we work a 30-hectare vineyard divided into two large plots.

The first of the two islets is located on the heights of Loupiac on clay-limestone soils while the second is located in the small village of Omet where the vineyard faces South-South-West. We produce red, rosé, dry and sweet white wines in the Loupiac appellation. Respect for the environment is very important to us and we work in the vineyard in this direction.

The vine is pruned according to the characteristics of the plot on which we are located. We also work the soil by hand, which means that the vine draws more deeply on the nutrients it needs to develop the grapes. We protect the vineyard by observing the local fauna that has taken up residence on our plots and by reducing the use of pesticides.

It was during the 20th century that Château Peyruchet became famous thanks to the hard work of Henri Suzette Gillet, who took over the estate in the 1950s. Until 1980, they worked hard to produce straight, high-quality wines that were typical of Loupiac. At the time, the grapes were barely ripe when the first orders came in for the vintage that was to be bottled.

Martine, Suzette and Henri's daughter, met Bernard Queyrens and both took over the family business. They are investing heavily in the field. The time and resources they give to the Château bear fruit and the reputation of the estate is now based in Loupiac. Together, they renovated the family home and the cellar was completely modernized. On the vineyard side, the couple continues to work it as past generations have done while mechanizing it.

Vintage after vintage, it is Bernard who takes over the business with his Roman son. Together they created the Vignobles Gillet Queyrens and continued their efforts in the vineyard and the development of wine marketing.

You won't be able to miss the L'Eclate cuvée by Romain Queyrens. This single variety made exclusively from Semillon is worked on 40-year-old vines. The grapes are harvested at home and only 1,000 bottles are produced each year.