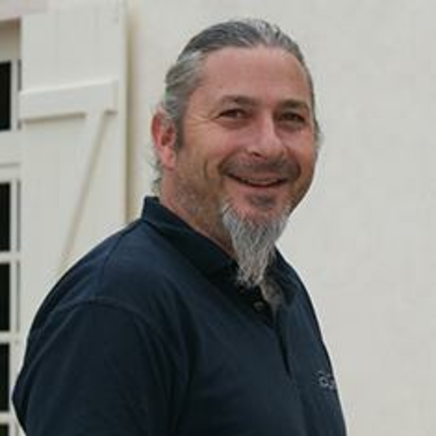 When the estate was created in 2013, Céline and Frédéric, both from a wine-growing family, ...

(267 ratings)
“Pearl of the Pacific at Nuits St-Georges”

Arnaud Pelletier, before taking over the family vineyard, lived a completely different life from that of a Burgundian winemaker. For several years, he left France and settled far away from ...

After several years on the other side of the planet in the South Pacific, Arnaud Pelletier took over the family estate with very specific ideas about the wines he wanted to produce. And it is a success! Arnaud delights us with his technically mastered organic wines with a very appreciable touch of exoticism.

Arnaud's vineyard is located between Dijon and Beaune, on the Route des Grands Crus de Bourgogne. He cultivates 15 hectares of vines in the purest Burgundian tradition: gestures transmitted in the family for 4 generations.

According to the principles of organic agriculture, he works most of his wines in mono-variety with the king grapes of Burgundy: Chardonnay and Aligoté for white wines, and Pinot Noir for red wines.

Five generations have succeeded one another to offer these great Burgundies that are so fine and complex. The first winemaker of the family was Auguste Pelletier. He combined vineyard work with cattle breeding. The following generations developed more and more the culture of the grape until Alain created the Château de Prémeaux.

Arnaud is the fifth generation of winemakers in the family. And what a winemaker! He made his initiatory journey by living for several years far from any civilization in the South Pacific. Strengthened by this life experience, he returned from the other side of the planet with a precise conception of the winegrower's profession. Respecting his terroir and what nature offers him, he produces wines of excellence, for special occasions or moments of intimacy.

We currently have 15 hectares in production but we are expanding our work areas and have just found a new space to plant but... hush for now! Our terroirs are the stuff of dreams the world over, and we are the first. Add to that a drop of difference (several years of living far from civilization...) and it gives you atypically delicious wines.

All our vines are organically grown, without added yeast or enzymes. Wine only with grapes. What a joy!