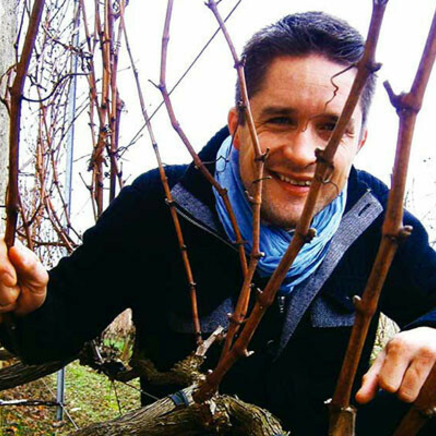 Château Princé is a one-piece estate located in the commune of Saint Melaine sur Aubance, 600 metres from the river Aubance, in the Loire. The Château produces wine on the apiaries...

Château Princé is a one-piece estate located in the commune of Saint Melaine sur Aubance, 600 metres from the river Aubance, in the Loire. The Château produces wine in the Anjou-Villages-Brissac and Coteaux de l'Aubance appellation areas. It is located on a mound of hard schist whose composition is similar to the famous trélazé slates. The highest part of the mound is made of poor, stony soils, where rock appears on the surface.

Mathias Levron and Régis Vincenot took over the vineyard in 2002. When they were resumed, many works were carried out in the vineyard (increase in leaf area, control of the load, etc.). "We can't talk about revelation because this vineyard has been talked about since its takeover". Hachette Guide.

My approach to wine can be summed up as follows: good grapes for a good wine. There are two words to succeed in producing them: mastery and rigour of know-how.

It is at the top of the hill of the estate that we planted chenin which give dry and sweet wines a strong personality! On sloping soils, made of clay and quartz, we produce Cabernet Franc, a water-hungry grape variety. The result: strong wines of aromatic intensity!