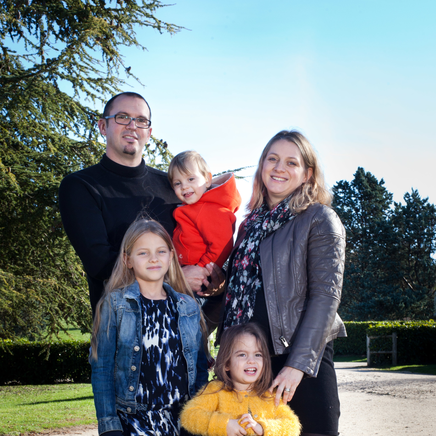 “The typicality of the Graves en Vayres terroir ”

The Castle has existed since the 18th century. This 35 hectare Graves de Vayres terroir, exploited in a sustainable agriculture, remarkably reveals the dominant Merlot and Cabernet grapes that are used to produce the best wines...

The Castle has existed since the 18th century. This 35 hectare Graves de Vayres terroir, cultivated in a sustainable way, remarkably reveals the dominant Merlot and Cabernet grapes that bring structure and elegance. The wines from the oldest plots, concentrated and powerful, are matured in half-muids (600L) of French oak, and for the youngest plots, maturing out of wood is preferred. wines for ageing but pleasant to drink young. we also produce superior Bordeaux wines under the name Le Maine Martin. the fragmentation of the estate leads to a diversity of soils, deep and sandy clays, and explains the aromatic diversity of this wine. on the youngest plots, we produce the Bordeaux le Frégent Rouge, Blanc and Rosé range.

Julien comes from a family of winegrowers for 4 generations. Born in Charente, Julien first pursued financial studies and worked in the Paris region before his passion for the vine reminded him in 2008. On this date, he bought Château des Plassons, built in the 15th century, a wine-growing estate previously operated by Hennessy to produce Cognac and Pineau Charentais, in order to expand the family estate and create the commercial activity that had not existed until then. After hard work, in the vineyards as well as in the Château and its outbuildings, local trade and export are developing properly, the distillery and cellars arranged in the Château's courtyard have made it the centre of a quality wine-growing complex, where the art of making cognac continues in the Charentais tradition. Since 2014, Julien had been in need of new challenges. A partnership was born with La famille Cailley, and Julien acquired the Château Toulouze winery in Bordeaux under the name Graves de Vayres. The vineyard is located on a magnificent gravelly soil in Vayres, a small commune on the left bank of the Dordogne. A beautiful, slightly hilly wine-growing region near the Dordogne river, a few kilometres from Bordeaux and Libourne. He created ultra-modern winemaking cellars in the former farmhouse of the Domaine. His wife, Sandrine, is proud of her husband's commitment to developing her business in a way that respects traditions while bringing a touch of modernity. She decided to join him in 2016 in order to promote the products on the 2 estates: Pineau and Cognac for Château des Plassons and Wines for Château Toulouze.

With Julien, a solid team takes care of the wines: our cellar master Christian Nogala has been there for 30 years and brings his experience supported by our oenologist Arnaud Chambolle.