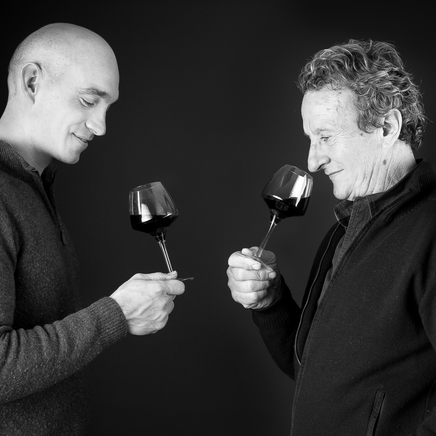 At the gateway to the Camargue, between Provence and Languedoc, Château Vessière extends over 65 hectares of organically grown vines. Located on a terroir of rolled pebbles (called "sol de gress") south of Nîmes, the estate benefits from an exceptional terroir and climate. The estate historically belonged to Lucie de Vessière (later married to Teulon), the oldest representative of the 7 generations that make up the family history of the estate. In 1979, 4 years after taking over the estate and completing his studies, Philippe Teulon decided to market the first bottled wines in France and abroad. While Philippe works on the estate, one of his sons (Vincent), studies oenology in Montpellier before flying to the United States to discover California wines in the Napa Valley. He will return to France a few years later and get the keys to the domain in 2007. Thus, since 2007, Vincent and Lucie Teulon have taken over the commercial development of the estate and have also very quickly applied their values in the production of Château Vessière wines: preserving their environment through clean and sustainable agriculture, offering healthy products through the production of organic wines (soon to be biodynamic) and with very little added sulphites (or even none at all for the Ortus cuvée).

"After a few years of strong experiences abroad with my wife (Lucie), I decided to settle on the family estate. My father (Philippe) is a real enthusiast and after several months of working hand in hand, he gives me a simple box containing a cellar key. At that precise moment, we did not exchange a single word, the symbol of this key was more than enough. As far as I'm concerned, that's the day my father handed the estate over to me." Vincent Teulon