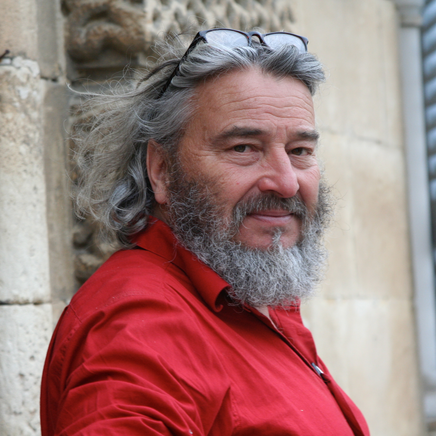 Situated on the most eastern and southern slopes of the Rhône, between Mont Ventoux and Pic Saint-Loup, Château de Montfrin is one of the few to produce 3 appellations with a total of over 100 hectares....

Situated on the most eastern and southern slopes of the Rhône, between Mont Ventoux and Pic Saint-Loup, Château de Montfrin is one of the few to produce 3 appellations with origin: Côtes du Rhône Villages, Côtes du Rhône, Costières de Nîmes and 2 Protected Geographical Indications: Coteaux du Pont du Gard and Pays d'Oc.

Jean-René de Fleurieu cultivated 50 hectares in mixed farming inherited from his family. With Benjamin Béguin, they have been redesigning the contours of the estate for 20 years, favouring wine-growing and olive-growing land, bringing them to 70 hectares of olive trees and 95 hectares of vines, run in organic farming. Today, they modestly and modestly present 13 vintages and 3 olive oils.

"La Grande Maison" of the Château de Montfrin is a beautiful house with a rich and distant past. She lives in the middle of the village which she once had the function of protecting. Illustrious figures have passed through here, including Francis of Assisi the protector of animals, Saint Louis, Louis XIII and Molière, for the most famous. A house that's steeped in history.

In the cellar, a maxim accompanies us: "We all live under a legendary sky and forget it at every moment".

The farm is structured around two entities: the Domaine des Captives for the wine growing and vinification, and the Moulin des Ombres for the olive oil. As a result of acquisitions, exchanges and disposals, it consists of approximately 200 hectares, half of which are vineyards, half of which are olive groves and arable land. Today, Benjamin Béguin, Associate Chief Operating Officer, is overseeing the company's future.


Montfrin means in Latin "the mountain of wild animals", because during the floods of the Rhône and the Gardons furious, the animals came to take refuge there.