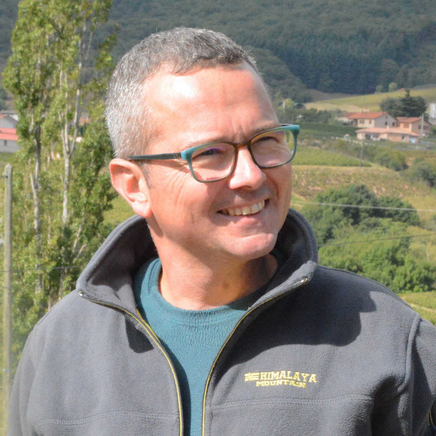 At his Beaujolais estate, the Domaine des Marcellins, Christophe Pacalet does everything possible to produce great terroir wines: hand-picking at maximum maturity, meticulous sorting of the grapes and the...

At his Beaujolais estate, Domaine des Marcellins, Christophe Pacalet does everything possible to produce great terroir wines: hand-picking at maximum maturity, meticulous sorting of the grapes, vinification using indigenous yeasts, maturing on fine lees, minimal or no sulphites... He makes it a point of honour to guarantee the typicity of each terroir by working closely in partnership with wine-growing farmers from whom he harvests his grapes year after year and with whom he shares a vision of the common vine. He vinifies the harvested grapes with great rigour and consideration, in the same way as his own plots, bearing the Beaujolais village appellation. It is with his uncle Marcel Lapierre, an emblematic figure of natural wines, that he created his estate at the end of the 1990s. Present in several Beaujolais Crus, notably Chiroubles, Moulin-à-Vent and Saint-Amour, Christophe Pacalet makes fruity wines in their youth, some of which become more complex with time and resemble the Pinot Noir of the Côte de Beaune.

When in 1999, Christophe Pacalet, the chef, returned from the West Indies to his native Beaujolais. He created his own estate and began winemaking on the job with Marcel Lapierre, his uncle, a "visionary".