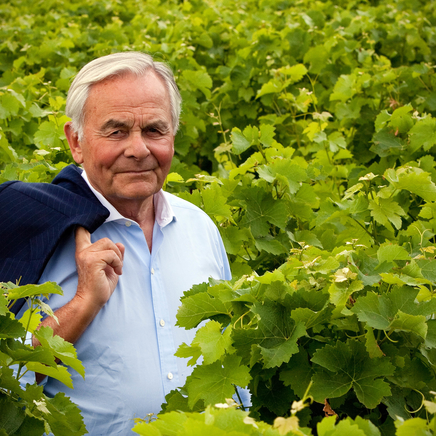 We are located in the commune of Bommes, near the Ciron, on a tributary of the Garonne river that crosses the Sauternes river. We operate 12 hectares of vines located between 50 and 80 meters from the...

We are located in the commune of Bommes, near the Ciron, on a tributary of the Garonne river that crosses the Sauternes river. We cultivate 12 hectares of vines located between 50 and 80 metres above sea level on gravelly and sandy soils. The king grape variety is the Semillon as in most of the vineyards of Sauternes. In addition to the 95% of Semillon that make up our Grand Cru Classé, 5% Sauvignon Blanc is added. We manage the vineyard in a sustainable way and harvest by hand. This is a crucial time of year because, unlike other wines, we harvest the reasons why there is botrytis. The ageing of our wines is done in oak barrels and lasts about 20 months in order to obtain sweet and unctuous wines. Bottling is therefore generally done 20 months after the harvest.


CLOSED HAUT-PEYRAGUEY : THE SAUTERNES OF THE INITIATED....
Le Clos, whose name Peyraguey means promontory, is a jewel of vines cradled by the sun and nourished by the fogs of the Ciron River that gives birth to velvet grains giving a unique and prestigious golden wine: le Sauternes de Clos Haut-Peyraguey. The
vineyard of Clos Haut-Peyraguey, nestled at the highest point of the plateau of the commune of Bommes in the Sauternes region, is in the heart of the 1st classified growths in 1855
, this former barony acquired in the 18th century by Monsieur de Pichard, then President of the Bordeaux Parliament, has spanned the centuries enjoying a unique terroir and climatic conditions combined with ancestral know-how enabling it to offer its grapes an excellent symphony.
When it was classified in 1855, the estate was called Château Peyraguey. In 1879 the estate was split in two. A part is named Lafaurie-Peyraguey in homage to Mr. Lafaurie (former owner) who had given it fame. The
highest lands at the top of Bommes Hill will be called Clos Haut-Peyraguey.
In 2012, Bernard Magrez acquired Clos Haut-Peyraguey from the Pauly family, who had been operating the property since 1914. In
order to perpetuate the excellence of this Premier Grand Cru de Sauternes and to give it an international reputation, Bernard Magrez takes care of the vines with meticulous care, in keeping with tradition but also with innovation, to produce a unique wine: Clos haut-Peyraguey, the Sauternes des inités.
A FIRST CRU CLASSED IN 1855 WHICH KNOWN OF OWNERSHIP ILLUSTERS Peyraguey

, whose name means hill or promontory, is an old barony acquired in the 18th century by the President of the Parliament of Bordeaux, Monsieur de Pichard who was guillotined during the Revolution. It was at this

time that Mr. Lafaurie acquired the estate under the name of Pichard-Lafaurie.
Between 1864 and 1879 this property passed from the hands of Mr. Saint Rieul Dupouy to those of Count Duchatel. It was during the division of the latter's inheritance in 1879 that the estate was split in two: a part was named Lafaurie-Peyraguey in homage to Mr. Lafaurie who had given it fame and prestige and the highest lands at the top of the hill of Bommes were named Clos Haut-Peyraguey. These were then acquired by a Parisian
pharmacist, Mr Grillon.
It was in 1914 that Eugène Garbay, together with Fernand Ginestet de Clos Haut-Peyraguey, acquired Château Haut-Bommes (he was already the owner). A few years later, Mr. Ginestet sold his shares to the family company. Eugène Garbay donated both properties to his two grandsons Bernard and Pierre who operated the two properties for many years.
Martine Langlais-Pauly, born in the residential buildings adjoining the technical rooms, saw her grandfather and grand-uncle Bernard and Pierre working in the vineyard and cellars with her father Jacques Pauly. When her father Jacques Pauly, then 75 years old and after 50 years of tireless work and boundless passion, wanted to retire, she did not hesitate to take over the estate. In
2012, Bernard Magrez acquired Clos Haut-Peyraguey from the Pauly family in order to perpetuate the excellence of this Sauternes region and to give it an international
reputation.

With 12 hectares - 8 of which are in one piece - near the Ciron, a tributary of the Garonne, Clos Haut-Peyraguey sees its vines located between 50 and 80 metres on complex gravelly-sandy soils that please the Semillon, a grape variety that reigns almost without division in the Clos vineyard, with still a twentieth of Sauvignon.

In the vineyards, the actions are those of sustainable agriculture. The replacement of the feet is done by complantation, i.e. by replacing the feet in the rows and not by whole plots. Once the famous botrytis (or noble rot) has appeared on the bunches of grapes, the harvest is manual and is carried out in several stages, to retain only the grapes with the best sugar concentration and aromas.

Fermentation in batches takes place for fifteen to twenty days in premises tempered to 22°C in thermo-regulated vats. In the cellar, after a slow and progressive pressing, the fermentations and maturing take place in new or old oak barrels of a wine, the proportions varying according to the richness of the must. The ageing lasts about 20 months in new 20% barrels. Bottling at the château takes place 22 months after the harvest.

CLOS HAUT-PEYRAGUEY : A DIVERSITY OF SOILS, A UNIQUE TERROIR.
The Clos Haut-Peyraguey vineyard has gravelly sandy soils on a clay subsoil, soils crossed by clay veins and sandier soils. This diversity is directly linked to the quality of the Clos terroir. These different soil profiles and the differences in character they bring to the grapes (structure, fat, strength, combined with a lot of finesse, complexity and elegance) play an undeniable role in the aromatic
richness and complexity of the Clos Haut-Peyraguey wine. The
controlled planting of the vines allows the quality of the plots to be identified and helps to manage the grape harvest within the framework of perfectly rational agriculture. The
northeastern exposure of most of the plots favours a beautiful sunshine which, combined with morning fog, is responsible for excellent grape ripening and the development of botrytis cinerea, the famous noble rot that gives Sauternes de Clos Haut-Peyraguey its unique
character and its very particular aromatic notes. IN THE
CELLAR: PRECISION
VINIFICATION AND MATURING.

The pressing is carried out in the reception room of the harvest, using 2 pneumatic presses. The pressing cycles are long and progressive, in order to extract the complex aromas contained in the grapes. The

juice flows by gravity into an underground tank.
Once the grapes have been pressed, a slight settling is carried out, under control of the temperature and turbidity of the must, in order to isolate the coarser sludge from the press juice. Then the musts are put into new barrels inside the fermentation cellar.
Once the desired balances are reached, the wines are cooled for several hours at 4°C. The
wines are then racked, sulphited and put into the cellar
.
Each batch of wine is aged separately. This makes it possible to judge the quality according to the evolution of the wine. Each batch is analysed and tasted very regularly, and at this stage pre-assemblies are carried out.
Fining allows the wine to be clarified and refined before bottling. Many microtests are carried out in order to adapt the best method and dose on a large scale. No operations are systematized. Once
these actions are completed, the final blending of the wine can be carried out.
Then comes the time for bottling at the properties according to very precise quality criteria. Rigour and a permanent quest for excellence are key words at Clos Haut-Peyraguey. Know-how, are added to all the stages that make Clos Haut-Peyraguey the Sauternes of insiders, Premier Cru Classé in 1855.