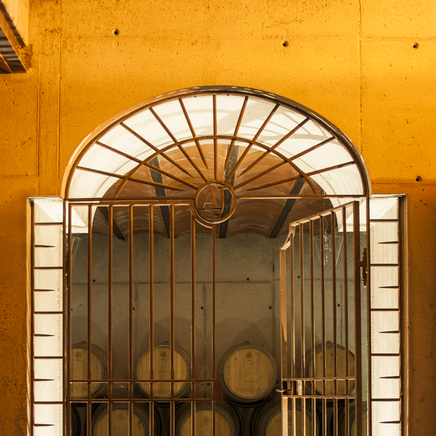 It is the story of an estate where from father to son we pass on a know-how... a job, a passion. This estate has seen four generations of winegrowers succeed one another, passing on with pride and...

It is the story of an estate where from father to son we pass on a know-how... a job, a passion. This estate has seen four generations of winegrowers succeed one another, proudly passing on their knowledge and working together to respect quality and perpetuate traditions. The estate has been able to adapt its techniques by developing its winemaking expertise thanks to the contribution of each of the estate's winegrowers: after the work undertaken by Aimé, his son Alain and his wife Sylvette have continued the fine work of being a winegrower and have expanded the estate. Now their sons Albin and his wife Agnès continue with their know-how the efforts in an existing framework that they have been able to modernize.

A domain that is making its way, without noise, and is being built little by little. When Albin decided in 2006 to set up shop alone in order to develop his brand, which until then had been in the shadows, his parents encouraged him and helped him to build a cellar in 2007. Then in 2012, in view of the success of the project, he expanded it with a new ageing cellar, offices and a cellar not far from the village centre, where you will not be able to miss the visit during your visit. We are waiting for you there!

A wine that resembles us, in the image of the winemaker. This union between the vine and our know-how is nothing other than a daily pleasure that we strive to share with as many people as possible, whether or not they are lovers of great wines, and we hope that they will take as much pleasure as we do in tasting our wines.

An estate in full expansion carried by a know-how perpetuated by a touch of each winemaker who worked on the estate. Each one has brought his own touch by improving the execution of the ancestral gestures of our winegrowing profession. But we must also thank our terroir whose diversity of soils reveals the unique and complex aspect of our wines. It is thanks to a reasoned work that Albin obtains a wine of an elegance... In this goal of excellence, our wines In this aim of excellence, our wines must be kept for a few years in the cellar so that the wine expresses itself to the best of its potential.