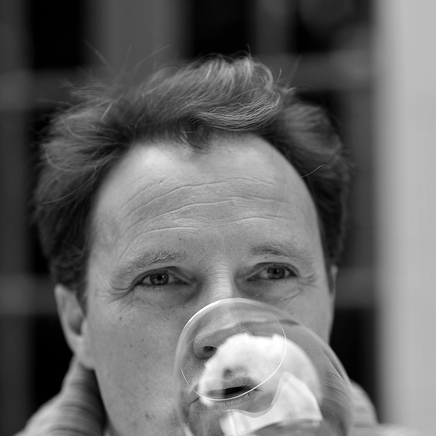 In the heart of the Loire Valley, 20 km from the capital of Angers, the village of Rochefort sur Loire has the charm and the gentle way of life, so specific to the region. The street of the old Abb.....

The Domaine des Baumard is located in Rochefort sur Loire, in the heart of the Loire Valley, 20 kilometres southwest of Angers, at the Logis de la Giraudière, a gentleman's residence dating from the end of the 18th century. It is Florent who looks after the destiny of these 40 hectares, spread over the two banks of the Loire. Discreet and epicurean at heart, Florent combines the rigour and technical training passed on by his father with the search for the expression of the grape variety in the Loire terroir. A natural charm that can be found in his straight and flattering wines.

It is from Florent BAUMARD's grandmother's side of the family that the current vineyard is linked to the past centuries. As early as 1964, in Rochefort, his ancestors were already cultivating vines; plots that are still on the property. At the time of the reconstitution of the vineyard after the phylloxera, they became nurserymen in grafted vine plants. This secondary activity continued until the arrival of Jean BAUMARD in 1955.

With a degree in Science, he was the real founder of the current wine estate. After training as an oenologist in Dijon and Bordeaux, he undertook to expand the vineyard through acquisitions in the prestigious appellations of Anjou. In 1957, he bought six hectares in the Quarts de Chaume, then in 1968, he regrouped about fifteen hectares in Savennières.

He thus became the first winemaker in Anjou to cultivate vines on both banks of the Loire. In the meantime, he was a professor of viticulture and oenology at the École Supérieure d'Agriculture et de Viticulture d'Angers, from 1955 to 1970. He was elected by his peers to the presidency of the Fédération Viticole de l'Anjou from 1971 to 1976 and in 1974 he revived the Union des Syndicats d'AOC du Val de Loire. Gradually retiring from business since 1990, he created a very popular oenology course.

Florent Baumard returned to the family business in 1987. After completing his secondary studies in literature, enriched by two years spent in England and the United States, he obtained a higher technician diploma in viticulture and oenology. Expression of the terroir and technical mastery remain the watchwords of the domain. The result, elegant wines with an explosion of aromas, a very homogeneous range.