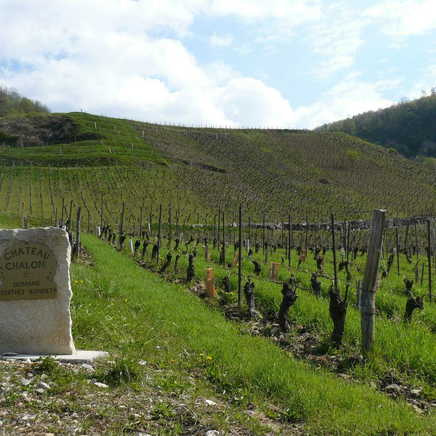 A family estate since the Upper Middle Ages, we have been producing in a spirit of "grand cru" of the...

The Domaine extends over 10 hectares and is biodynamically managed. Today, the father and daughter are ...

Nathalie and Emmanuel Grand, two wine and vine enthusiasts, have created a wine estate in the ...

3
6
15
Discover all our winemakers

Jean first spent a year at Domaine Jean Macle in Château-Chalon before settling down. The management of the vines is initially conventional but is quickly oriented towards the p...

Jean first spent a year at Domaine Jean Macle in Château-Chalon before settling down. The management of the vines is initially conventional but is quickly oriented towards sustainable production with the abandonment of herbicides, chemical fertilizers, grassing and tillage. The logical conclusion of the process is a conversion to organic in 2010, for certification in 2013. But don't be careful in biodynamics: Jean is an inveterate rationalist!

After studying agronomy and an experience of cooperation in Nepal, Jean l'Oyonnaxien decided to settle down as a winegrower in Château-Chalon. His Languedoc wife followed him to work in an agricultural high school. The purchase of a beautiful 16th century house, the construction of a cellar, the planting of a few hectares... and 3 children... occupied the first years of setting up this small company. Today made up of 15 hectares of vines, it is taken over by the eldest daughter, Hélène. After studying languages, she decided to reorient herself and take up the field after a BTS training.