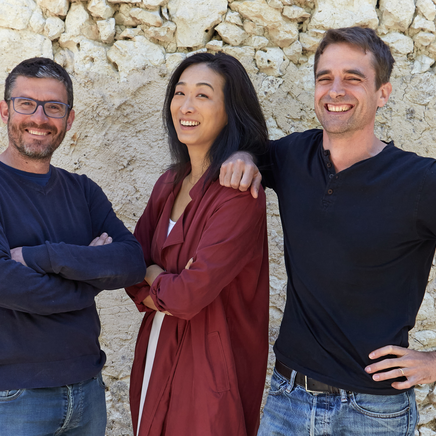 Born in the land of Armagnac, our red, white and rosé wines know how to surprise and redefine the canons of the Côtes de Gascogne.

At the top of the Haut-Armagnac, in the northern part of the region, on the Lectoure plateau, Domaine d'Arton enjoys a magnificent setting, bathed in sunshine and eastern winds. Naturally irrigated by pure springs, the rich and fertile clay-limestone soils give birth to the vines that make the richness and complexity of the wines, luminous and mineral. It is on this land of Haut-Armagnac that the Montal family plants its vines to raise its wines and Armagnacs, making traceability "from the vine to the glass" the secret of its excellence. The 88-hectare estate, spread over 19 plots, has a rare variety of grapes, with 8 different varieties of grapes making up the typical character of the estate's wines: Ugni Blanc, Colombard, Gros Manseng, Petit Manseng, Sauvignon, Syrah, Merlot and Cabernet. Nothing is left to chance. Each grape variety is planted on the plot that suits it best and is monitored according to its specific characteristics.

In Gascony, there are glorious figures who marked their time and posterity. Patrick de Montal and Victoire de Montesquiou, the owners of the Arton estate, are among them. A woman of the world, a journalist for the ORTF and a writer, Victoire is a mythical figure of the Paris of the Pompidou years where she rubbed shoulders with those who made France, from Malraux to d'Ormesson. As for Patrick, he has been the incarnation of the Armagnac revival for 30 years. After some twenty years in Paris, they returned together to their native land, the Haut-Armagnac. Both Patrick and Victoire grew up in the Gers, linked by this land to their illustrious ancestors. This return to their roots consecrates their love and signs a new beginning, that of a "de-cluttered life" which touches the essential: the vine, the wine and the Armagnac. Arton is a land of history and wine, as evidenced by the hundred-year-old barrels discovered in the old cellar and the Roman shields found during the clearing of the "Deux Cèdres" plot. Indeed, the vine has long made the reputation of the country. To become a winegrower at 40? A dream. A madness. It will become a reality. A man of the soil and a visionary winemaker, Patrick de Montal embodies a new frontier in the sleepy and trusted world of Armagnac. In 1985 he created Fine Blanche®, a perfectly natural Armagnac brandy, and launched a whole new category known today as AOC Blanche d'Armagnac. When he discovered the aromatic power of this "Armagnac in its prime", bottled without having aged in wood, he was gripped by a certainty: he had to plant his own vines in order to grow his wines and explore the aromatic potential of his Haut-Armagnac terroir, because the quality of the wine that goes into the still determines the quality of the brandy that comes out of it, and the year's imprint is decisive The first vines were planted in 1991, resurrecting the viticultural vocation of Haut-Armagnac which had disappeared with the phylloxera crisis at the end of the 19th century. By settling in Arton, he defied the prejudices that made this land unsuitable for winegrowing, and he was proved right. In 2017 his Armagnacs received the Prix d'Excellence at the Concours Général Agricole de Paris, a first for an Armagnac! 40 years after Patrick and Victoire, it is the turn of their son Jean and his wife Lili to embody this new face of Armagnac. After a professional career that took them to the four corners of the world, they settled in Arton to continue the family adventure. Jean de Montal, a native of the region, returned to the estate with an ecological project in mind: to deepen his father's environmental commitments in order to convert the entire vineyard to biodynamic farming and pass on a healthy land to his children. As for Lili Chieng de Montal, a Parisian of Chinese origin, she has long been converted to the Arton art of living and intends to initiate those with a passion for taste to the Arton aesthetic. With the same passion as Patrick and Victoire, Jean and Lili de Montal are also ahead of the Armagnac world.

We are the first winery in the Gers to have adopted Genodics' experimental proteodyne technology, musical waves that promote the natural constitution of the proteins needed by the vine to grow more resistant.