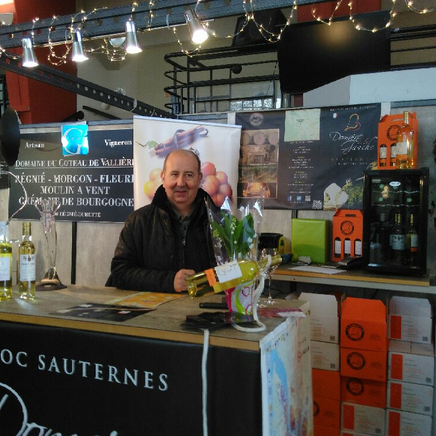 (4 ratings)
“We pick the most candied ones!”

Domaine de la Gauche is a vineyard with a more than atypical history but also an ancestral know-how. We own 6.5 hectares of vines, some of which are located near the first few hectares of the vineyard.

Domaine de la Gauche is a vineyard with a more than atypical history but also an ancestral know-how. We have 6.5 hectares of vines, some of which are located near the first great vintages of the Sauternes region. Our plots are mainly composed of Semillon, Sauvignon and Muscadelle. We harvest late, so that the grapes are "Botrytised", i.e. they are affected by noble rot, which gives Sauternes its unique taste. Our harvests are manual and are carried out by successive selections, we harvest grain by grain in order to preserve the most botrytised part of the grape. It is by choosing only the most candied grapes that we produce our famous "Head cream", which made the reputation of the Domaine.Bu young, this wine is fruity and nervous but will acquire over time the unctuousness, the race and the body that are so particular to it.

The Domaine was created at the beginning of the 20th century by Jean Baro under the name Domaine de la Gueritte. A fervent socialist activist from the beginning, this man was able to ride the pink wave of the 1970s and opportunely renamed his property after the name of the place known as "la Gauche". He gave his wine a reputation beyond our borders, particularly with his "Head Cream". By taking over the estate in 2012, the Negrou family has preserved its original traditions and brought a touch of modernity to it, while respecting the environment and the characteristics of this exceptional terroir.

During the 1980s, our wines enjoyed a national and even international reputation, particularly with the "Poing et la Rose" labels, which were served on the greatest tables such as François Mitterrand's Élysée du temps and many others... In addition, since the creation of the Domaine, a tradition has been established: the creation of commemorative labels for events such as the year 2000 or more recently the centenary of Jean Jaurès' death for the 2014 vintage.