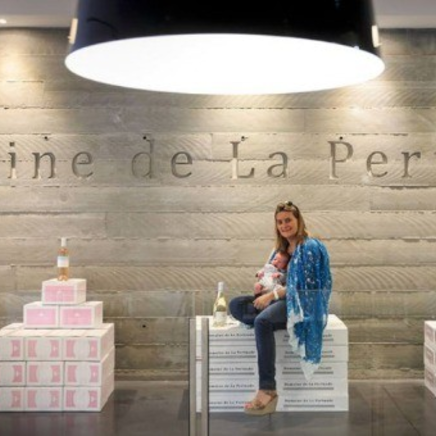 In the heart of the Côtes de Provence, on 15 hectares of vines between Hyères and Saint-Tropez, the property is hidden in a natural setting between the sea and the hills. La Pertuade, in Provençal, means "l....

In the heart of the Côtes de Provence, on 15 hectares of vines between Hyères and Saint-Tropez, the property is hidden in a natural setting between the sea and the hills. La Pertuade, in Provençal, means "the lost corner". Indeed, away but not far from the frenzy of the seaside in the Gulf of Saint Tropez, the vineyard is discovered at the end of a path that leads to the La Verne dam, downstream of La Chartreuse of the same name.Domaine de La Pertuade, a pretty haven of peace surrounded by hills, benefits from an exceptional terroir where the emblematic grape varieties of Provence flourish: Grenache, Cinsault, Syrah, Mourvèdre, Tibouren, Ugni Blanc and Rolle.

This lost paradise, with the creation of the estate, recovers its former name, "La Pertuade", which history had forgotten during the 20th century, the stream of La Pertuade became La Verne, which flows into La Mole in the heart of the village, Candice Beuque and her family began its rebirth three years ago. A new life to cultivate the land with as much passion as reason. The first vintage 2014 was born after 3 years of complete restructuring of the vineyard and the construction of an exceptional and ultra modern cellar.

The "L'Embrun" cuvée in rosé and red, bursting with fruit and liveliness, will delight your taste buds for your greatest pleasure. the "Domaine de La Pertuade" cuvée, available in all three colours, offers gourmet wines, a powerful white, a rosé combining finesse and elegance, and a generous and promising red.