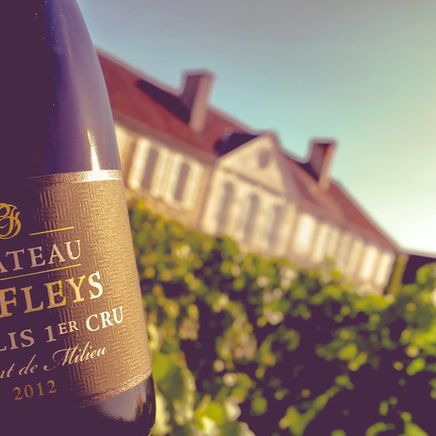 At the beginning of the history of our Château there is the arrival of Julien Philippon at the end of the 19th century, in Fleys. A former lumberjack, he is from Morvan and decides to settle in the Chablis region...

At the beginning of the history of our Château there is the arrival of Julien Philippon at the end of the 19th century, in Fleys. A former lumberjack, he is originally from Morvan, he decided to settle in the Chablis region where he invested in the wood, the land and the vines that today make up almost the entire estate. Since then, this estate has been passed down from generation to generation from father to son.

Our estate is a family business located in a Burgundy village. Our vineyard extends over 26 hectares. We produce our own Chablis and Chablis 1er Cru, with different types of vinification depending on the cuvées. But we want our wines to reflect our terroir.

These 26 hectares make it possible to produce Chablis AOC (including Clos du Château) and Chablis 1 st cru AOC "Mont de Milieu" and "Les Fourneaux", two climates on the right bank of the Serein. Reasoned cultivation is practiced in a way that respects nature.

In 1988, André Philippon bought the Château de Fleys. At the beginning there is only one 1 hectare fenced area. This building is a hunting lodge dating from the end of the 17th century, having belonged to the Lord of Parthenay, squire of Louis XIV. Since that time, the Château has undergone many changes. In 2006, Béatrice and Benoît, André Philippon's children, decided to build a new winery. More modern and better equipped, it can be found at 2 rue des Fourneaux.

At the head of the estate today, they are Julien's great-grandchildren. This is how Béatrice, Benoît and Olivier joined the estate in 2007. They perpetuate the family tradition, while modernizing it by adding their own personal touch. The objective is to continue to develop the quality of the wines.

A domain steeped in history in the heart of Burgundy. This estate produces fine, mineral wines that will make you want to drink Chablis again.