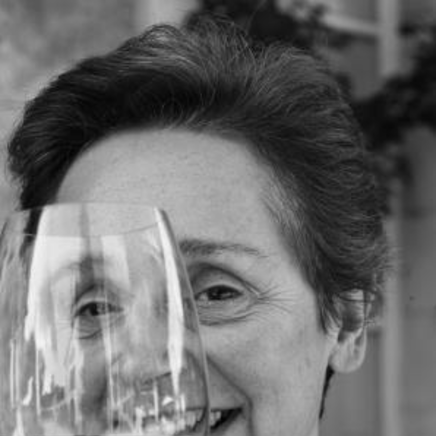 “A domain run by a lineage of winegrowers”

Evelyne de Pontbriand's vines are located on slopes perpendicular to the Loire, which benefit from a remarkable southwest exposure. The nature of the soil is complex and perfectly suited to....

Evelyne de Pontbriand's vines are located on slopes perpendicular to the Loire, which benefit from a remarkable southwest exposure. The nature of the soil is complex and perfectly suited to producing great wines. The soils are composed of green and purple shales, magmatic rocks and sandstone. The vines are on warm and shallow soils. The specifications of the AOC Savennières impose very qualitative rules regarding cultivation and harvesting (Chenin is the only authorised grape variety, manual harvesting is carried out meticulously by selection and yields are very low). The work that is done on the estate and certified by Ecocert and Demeter focuses on biological balance and respect for the rhythms of nature. The soil life is respected thanks to the ploughing and grassing of the vines. As a result, soil microorganisms are active, allowing maximum exchange between the soil and the vine. It is thanks to this combination that we obtain the famous terroir effect.

The Château des Vaults was built in the 17th century and enlarged in the 19th century. The estate belonged to families of the upper middle class of Angers, then to the Fourmond Desmazières family. Louise Fourmond Desmazières, without children of her two husbands Viscount Walsh and Monsieur de Chamelier, bequeathed the property to the Marquis de Las Cases (grandson of Napoleon's biographer), for his eldest daughter who married Bernard du Closel. Since then, Château des Vaults and its vineyards have been managed by the descendants of Marque de Las Cases-du Closel. Michèle Bazin de Jessey developed the vineyard and created the company: Les vins du Domaine du Closel with which she associated her two children. Today, his daughter, Evelyne de Pontbriand, is at the head of the estate. This woman's dynasty is a rather rare phenomenon in the world of wine!

Being a winegrower in Savennières is for me a mission to support the vine that in this magical place is capable of producing the greatest white wines in the world. It is a very great responsibility and it requires an ability to listen, to question and to take into account nature, which are all very demanding attitudes. Being a winegrower in Savennières means putting nature at the centre of the world every day and serving the vine that is Vitis Vinifiera, to bring it with the greatest respect to produce, something it would never produce in the wild. It is not a question of domesticating it, nor of taming it, but of sublimating it. The grapes it offers us in October are pressed with the greatest care and produce a juice of a beautiful golden colour that will evolve at its own pace in large Burgundy barrels under the effect of oxygen that we let penetrate at homeopathic doses. The fine lees that formed during fermentation and the subtle tannins of the oak protect the must, which will gradually transform into a refined, elegant wine, gradually revealing mysteriously the aromas of citrus fruits, white flowers and pears with great bitterness that are the companions of great fish, lobster and asparagus. I don't have a guru but I deeply love a man of taste who makes me want to do better every morning, to go ever further towards excellence, towards the impossible... With a literary background, I am passionate about music, gardens, and taste. A fervent supporter of the notion of terroir wines, i.e. "vins de lieu", I like to quote Jacques Puisais: "The wine must have the mouth of the place and the guts of man... At the bottom of the glass, I want to find the landscape of the place where I am. "When we were children, we drank with delight the half-empty glasses left by my grandparents' guests who always received with great wines, a lovely table and delicious dishes... the world of wine that I frequent is magnificent, there are very beautiful people, who work tirelessly to produce artistic, gustatory and cultural pleasure for others.