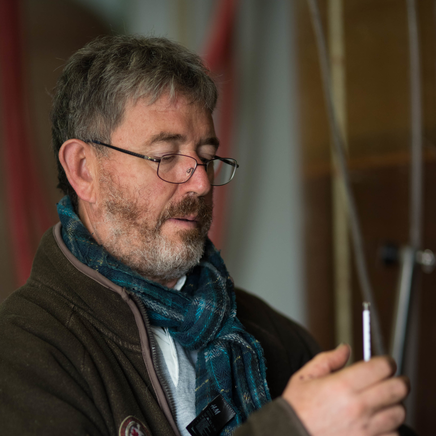 Domaine Lambert, created in 1987, is located at "Les Chesnaies" in Cravant-les-Coteaux. Cabernet Franc (for red and rosé wines) and Chenin (for white wines) are the two...

The Domaine Lambert, created in 1987, is located at the place called "Les Chesnaies" in Cravant-les-Coteaux. Cabernet Franc (for red and rosé wines) and Chenin (for white wines) are the two grape varieties worked on the estate. Pascal, the winegrower, cultivates about 17 hectares in Cravant-Les-Coteaux and Chinon, where organic farming has been practiced for nearly 20 years. Since 2005, the vines have been cultivated using biodynamic methods, without the use of chemicals, in order to recover the primary aromas of the wine naturally.

Vinification in amphora is using the earth as a container to preserve the purity of the fruit and respect the terroir. The two natural soils are linked together: Tuscan clay and the clayey or calcareous soils of our Chinon plots. The amphora, a natural thermal regulator, gives birth to a new balance between wine and nature. These various practices gave birth to the cuvées Ligéris Dolium, an orange wine in 2014 and 2015, and Harmonie, made from maceration in amphora of Cabernet Franc (2014 and 2015).

Biodynamics is the search for the best balance for the plant in its global environment. This environment obviously includes the man who drives the plant and accompanies it throughout its life. No vines without people, no wine without pickers, no large estate without a good team.