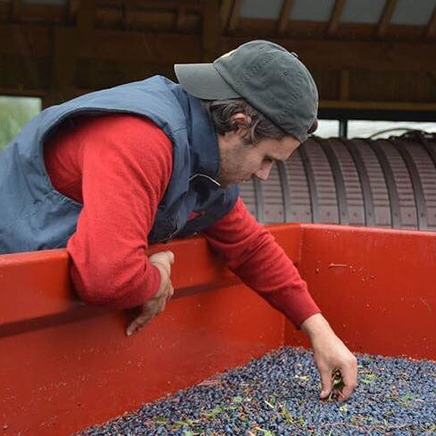 Domain founded in 1786 by a Touraine family (Morcellet family), it was then composed of 4 hectares of vines, cereal soil and a goat farm.

The estate was founded in 1786 by a family from Touraine (the Morcellet family), it was then composed of 4 hectares of vines, cereal land and goat breeding. Jean le Bihan arrived from the west of his father to work at the Château des Arpentis in Amboise in 1946. A few years later, in 1951, through his marriage to Micheline Morcellet, he settled on the estate of his in-laws and created the Le Bihan estate. In 1993 Laurent le Bihan, the last son of the house, took over the family business.

Today Romain the eldest son has returned to marketing to try to develop sales on a short and human circuit. Domaine le Bihan producing the appellations Touraine, Touraine Chenonceaux and traditional method

The Le Bihan family arrived from the west in 1945 and Jean Le Bihan created the estate in 1950, then composed of 4 hectares of vines. Today Laurent is responsible for the cultivation of the vines and the vinification, as well as for supporting his eldest son Romain, who is responsible for marketing.