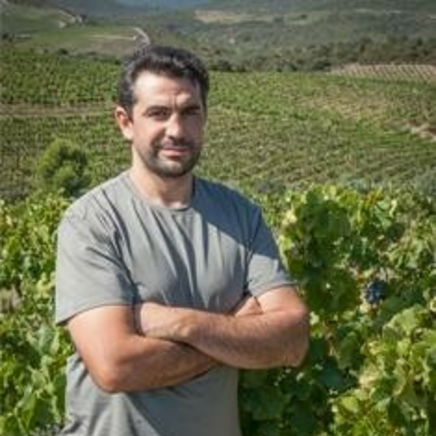 What would you do with a weight of 8 generations of ancestors who before you, held the family estate? Alban, as "frank of feet" as his prephiloxerous vines, has chosen to assume his ambitions and...

Mrs Adrienne Lerys, owner of the estate, bequeathed it to her godson Mr Izard. In 2004, Alban Izard, his grandson, took over the estate with new ambitions and new winemaking techniques to the delight of connoisseurs. A family estate since 1861, Alban is the 8th generation of winegrowers working on the schistose slopes of Villeneuve. Today he cultivates 60 ha of vines and produces wines in AOP Fitou, Muscat de rivesaltes, Rivesaltes and Corbières, as well as IGP Vallée du Paradis.

"The vineyard is managed in a sustainable way, the harvest is only done by hand while the vinification is the result of Alban's work. Wine is a product of sharing and conviviality, it is produced with the greatest respect for the raw material that is the grape. This is why all harvesting is done manually and vinification is done with a minimum addition of inputs, and the work on the vines is done with the greatest respect for the environment (elimination of weed killers, use of natural products such as sulphur or copper)."

At the birth of his children, Alban created very special vintages. Today, to celebrate the 20th anniversary of the cellar, he is highlighting the founder with the Cuvée Adrienne 2014. The estate is in full evolution, but the pride remains the carignans planted "frank of foot" which have resisted phylloxera, a cuvée is dedicated to them according to the beauty of the vintage.