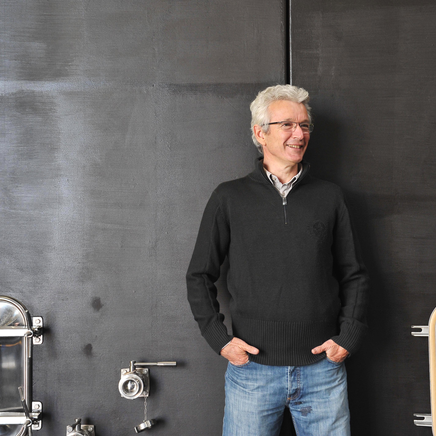 An illustrious estate that has acquired its Biodynamic Biodyvin certification since 2017 (2018 harvest can be claimed in conversion, 2019 harvest 100% certified Biodynamic). At the gates...

An illustrious estate that has acquired its Biodynamic Biodyvin certification since 2017 (2018 harvest can be claimed in conversion, 2019 harvest 100% certified Biodynamic). At the gates of the Cathar country, MAS AMIEL is protected by the old QUERIBUS citadel, to the north by the Corbières and to the south by the foothills of the Pyrenees. Its climate is unique in France: 260 days of sunshine per year and only 370 mm of rain. MAS AMIEL has built a worldwide reputation with its mutated natural sweet wines.

Today, its parcel wines or blends of Maury sec and Côtes du Roussillon appellations are distinguished by the greatest tasters; 170 hectares, 130 of which are historical heritage parcels, MAS AMIEL is rich in the diversity of its terroirs, its landscapes and its 130 parcels. Each parcel of about 2 HA has its own identity (exposure, altitude...), a soil type (schists, calcoschists, gneiss...) and specific grape varieties (Carignan, Grenache, Lladoner Pelut).

The story of Mas Amiel begins as in a film: in 1816, around a game table, the Bishop of Perpignan was opposed to a Ponts et Chaussées engineer, Raymond Etienne Amiel. The man of the Church, perhaps out of cash, ended up betting on one of his lands, then called the Domaine des Goudous. Luck is not on his side: his field changes hands and goes back to the engineer.

At the end of the 19th century, phylloxera arrived in France and decimated most of the French vineyards. Camille Gouzy, a wine merchant in Millas, found the solution by replanting American vines resistant to phylloxera. He joined forces with the son Amiel and the winegrowers of the Agly valley and offered to save their vines. He then built a cellar on Mas Amiel with about twenty casks representing a total capacity of 7,000 hectolitres. It marks a major expansion of Mas Amiel, making this estate a reference in Roussillon.

The estate was then taken over by the Dupuy family, who developed and produced a natural sweet wine under the Mas Amiel brand. The family ensured the continuity of this expansion policy until 1997, when the last son Charles Dupuy died. When Olivier Decelle discovered Mas Amiel one day in October 1999 in the middle of the tramontane, it was love at first sight. He takes root in the estate, learns the basics of the profession on the job and produces dry wines, Côtes du Roussillon Villages, red and white, a first in Maury. Since then, it has become a model since the Maury Sec AOC is created in 2011 by the NAO. In 2011, a new appellation will finally appear to identify and promote dry wines as opposed to sweet wines in the MAURY sector.

Olivier DECELLE discovered the MAS AMIEL thanks to Jacques BOISSENOT, a great Médoc oenologist. He falls under the spell of this wild nature and harsh landscapes. In 1999, he left the presidency of PICARD to devote himself fully to the field.