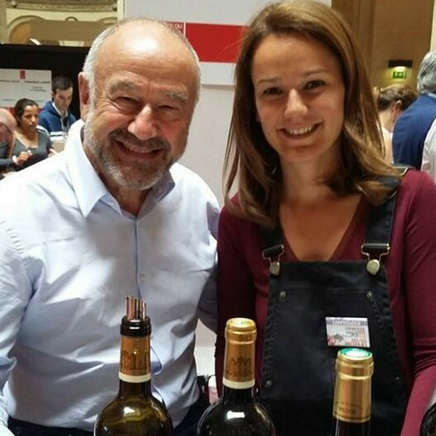 For several years, Jean Guyon practiced his art as an interior designer. At the same time, he developed a real passion for wine, and more particularly for the Médoc. In 1989...

For several years, Jean Guyon practiced his art as an interior designer. At the same time, he developed a real passion for wine, and more particularly for the Médoc. In 1989, he had the opportunity to acquire Chateau Rollan de By (2 hectares) in the north of the Médoc. No winemaker's background, but a solid ambition to produce exceptional wines and above all to create "pleasure" wines. He quickly got into the game, and over the years he bought Château Haut Condissas, Château Tour Seran, Château La Clare and finally gathered 185 hectares since 2012 with the acquisition of Château Greysac, Château de By and Château du Monthil.

Jean Guyon's philosophy "My choice was to create pleasurable wines: a majority of Merlot gives more supple wines. I have a taste similar to that of a child: I like what is round and tender, I don't like what is tannic. I have based all my work in the vineyard on this result. Rollan de By, it's cake, it's chocolate. When you have a drink, you want to have a second one. You don't say to yourself,'He'll be good in twenty years'. Château Rollan de By is like its owner, powerful and tender.

After working very hard in his vineyard, Jean Guyon was informed by his oenologist in 1995 that it would not be possible to go any further in terms of wine quality. Pitted to the heart of the matter, Jean Guyon decided to identify 2 acres of his best terroirs, where he would apply the same techniques as the Grands Crus, and to do even better. Two years later, he served this wine for a blind tasting, next to Mouton and Lafite Rothschild. Everyone preferred Jean Guyon's wine. It was the Cuvée Château Haut Condissas. From now on, year after year, this wine is still considered a great vintage, within everyone's reach.

Attached to a certain art of living, Jean Guyon is passionate about the arts and hunting. At Domaine Rollan de By, old and new constantly coexist. This is Jean Guyon's real signature. Thus, it is frequent that he travels to the Domain aboard a 1934 Delahaye body in a convertible by the illustrious Labourdette. And at the forefront of modernity, all the cellars, sheds, warehouses and agricultural buildings are covered with solar panels which, invisible from the ground, produce all the energy necessary for the estate....