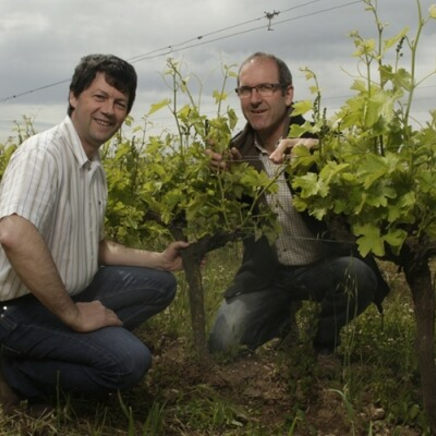 Established since 1987 at the Domaine de Maillac in the Tarn et Garonne, Roland and Ulrike...

The Rotier estate is composed of 35 hectares (25 of which are red), cultivated organically. On average, the vines are 25 years old and are located on the alluvial terrace of the river....

The Rotier estate is composed of 35 hectares (25 of which are red), cultivated organically. On average, the vines are 25 years old and are located on the alluvial terrace of the Tarn river at an altitude of 200 metres. This soil is rather poor because it is very stony and gives low yields. In spring, it warms up quickly and is very dry in summer. Organic cultivation with the use of organic matter makes it possible to obtain lively and aerated soils. The wines produced are very fragrant and age with great elegance.

An old wine-growing terroir, the estate was bought in 1975 by Gérard and Michèle Rotier, Alain's parents, who joined them in 1985. They decide to withdraw from the cooperative cellar to produce their own wine. The emphasis is on tillage and grape quality. In 1997, Francis Marre joined his brother-in-law Alain, and the estate continued to develop. In 2009, after a few years of testing, they began a conversion to organic viticulture.

If we have been labelled "Organic Agriculture" since 2012, it is because we abandoned the culture of "control" in 2005. Rather than caring for the vine, we have decided to anticipate the risks it can undergo by stimulating its natural defences. Thus, we use so-called "soft" products such as copper or sulphur in a moderate way. It is necessary to know how to treat the vine at the right time, in the right place and at the right dose.

The history of the estate is written every day with our joys and sorrows, the whims of the weather and the gifts that nature gives us.