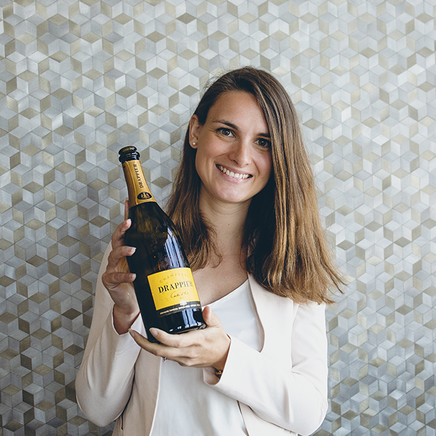 The glass of Champagne Drappier was lifted by the hands of the greatest men. General De Gaulle, for example, was a fan of the estate's vintages. This success is mainly due to the application of....

The glass of Champagne Drappier was lifted by the hands of the greatest men. General De Gaulle, for example, was a fan of the estate's vintages. This success is mainly due to the application of winegrowers, from generation to generation, to cultivate and produce unique parcels. Although the winegrowers cherish the vines of Pinot Noir, Chardonnay and Pinot Meunier, they also respect rarer varieties such as Petit Meslier, Blanc Vrai and even rarer, Arbane.

Each plot has its own specificity, inclination, climate, soil, natural variables, to which are added the hand of man to further expand the possibilities. A palette of grape varieties that the Drappier family has never intended to enrich. This is the secret of the great winegrowers and the durability of the Drappier family, a reference.

In 1808 François Drappier began to work a vineyard in Urville. More than a century later, Goerges Drappier made a crazy bet to replant Pinot Noir in the canton, which provoked heated debates at the time. It is a successful bet since today, the one we call "Father Pinot" would be happy to learn that Pinot represents 70% of the estate's vines! Today, Charline Drappier is in charge of the estate with an iron fist to ensure the reputation of the Drappier House, which will bring her many times to the Elysée. It's up to you to write a new page by bringing exceptional vintages to your table.

The Drappier House in Urville is a superb 12th century residence that was occupied by monks at the time. It is in this magnificent vaulted cellar that we align our noble champagnes while the vintages age in the freshness of the Reims cellars!