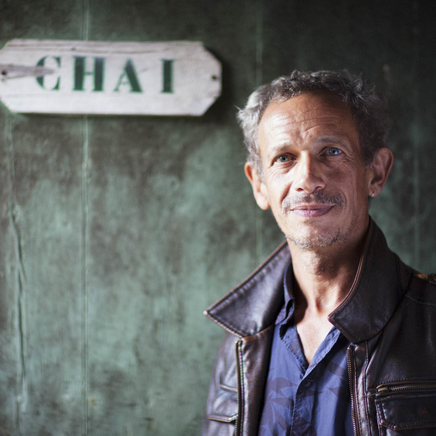 “From Mathematics to Wine”

In 2001, his parents-in-law bought an 18th century Carthusian monastery in the town of Saint Magne and Castillon, a maths teacher...

Brief history of the estate Château FRANC LA FLEUR is a small 1ha50 vineyard estate in the Castillon Côtes de Bordeaux appellation. This vineyard was entirely planted in 2001, it has been managed organically since the beginning. It is made up of the three typical Bordeaux grape varieties, Merlot 70%, Cabernet Sauvignon 20% and Cabernet Franc 10%. Since the first harvest in 2004, the grapes have been harvested by hand, three successive sorting operations are carried out before being placed in buckets, the vinification is carried out in stainless steel vats of 16 and 25 hl, manual punching of the cap is carried out twice a day during the alcoholic fermentation, draining into barrels after 3 weeks of maceration, maturing in 225 l or 400 l barrels for 12 to 24 months depending on the vintage.The wines of the domain are characterized by a very deep colour, aromas of red fruits; blackberries, redcurrants, blackcurrants, plums, as well as vanilla notes, in mouth the fruit is very present, the tannins are extremely melted, in the end of mouth these tannins remain with aromas of ripe fruits such as morello cherries...But my vintages have all their character.... to discover.

In 2001, his parents-in-law bought an 18th century Carthusian monastery in the commune of Saint Magne and Castillon, a mathematics teacher who suggested that they plant one and a half hectares of vines on their property.Cartesian and thoughtful, Christian son of a tenant potash Steiner's works on biodynamic principles.He then trained with his friends, while continuing to teach mathematics, because it remains his first profession, his words "I needed a breath of air, and the vine gives it to me beyond what I had imagined" Planted organically from the beginning, the vine is treated with camomile, horsetail, Bordeaux porridge....Use green manure, grassing every other row, here we take incredible care of the vines, mowing under the vines, rolling the vines, making macerations and spraying, spreading the cow dung, manual harvesting....The first vintage of Château Franc La Fleur won the gold medal for wines at the international competition and selected on the hatchet guide........ but it is not the medals that Christian prefers, much prouder to be validated zero pesticide and an incredible level of polyphenols in a guide In Vina et Véritas, where laughing at the mouth when Franck Dubourdieu, great oenologist compares it to great pomerols...where the newspaper Le Monde fell in love on its fiftieth anniversary...................................................... all its energy and passion is found in its wines and in the pleasure of making them discover them......... Today, Château Franc La Fleur, the smallest vineyard in the Castillon côtes de Bordeaux appellation makes the mastodons of the sector pale. Evidence that viticulture without artifice, if it is not quantitative, can be extremely qualitative. Logic for a mathematics teacher!

To be a winegrower is above all to be respectful of the land and the vine... to listen to it, to live with it day by day according to its needs and the weather, no day is the same... I work with the lunar calendar, the moon also imposes its rhythm on me,... My oenologists, great friends... at first I had the impression that their technical speech was Chinese...;I said stop, where I do maths....so we settled down, reflected together, and by dint of sympathy Château Franc la Fleur was born. My greatest audacity is to have brought out a single grape variety Mouna en Merlot, and to have fun every year on the Franc La Fleur blend by varying the percentages of Merlot, Cabernet Franc, Cabernet Sauvignon, each grape variety is aged individually in barrels, matured for 12 to 24 months, and the day before bottling, I bring together some friends and my oenologist, with whom we decide on the right taste...