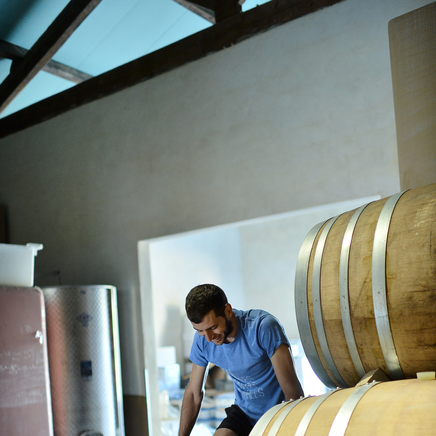 Our family estate, "Mas de Valériole" is located in the heart of the Camargue Regional Natural Park, in Provence, for the past twelve years, all its production has been organic...

Our family estate, "Mas de Valériole", is located in the heart of the Camargue Regional Nature Park in Provence, and has been producing organic produce for the past twelve years. the estate is planted on limestone alluvial soils deposited over the centuries by the Rhône and enjoys a Mediterranean climate, exceptional sunshine and low rainfall.

Founded in 1426 by Dr. François Valériolle, it has belonged since the 1960s to the Michel family, which has been perpetuating its know-how from father to son for six generations. Patrick Michel, my father, convinced of the potential of this terroir, decided in 1987 to restructure the vineyard in order to plant new varieties chosen for their aromatic potential: Marselan, Caladoc Vermentino and the most classic Merlot, Cabernet-Sauvignon, Petit-Verdot and Chardonnay. Determined to give back his letters of nobility to the Camargue vineyard, he actively participates in the creation of the territorial mention "Terre de Camargue" bringing together since 2012 the winegrowers of the Camargue Regional Natural Park under the same identity. after oenology studies that led me to travel through the old and the new world, I return today to the estate in order to bring a new look to the style of our wines and support my father both in the cellar and in the vines. Maxime.

We have instilled, through determination, a different perspective on the wines of the region. A new identity built through atypical grape varieties such as Marselan, Caladoc or Vermentino but above all thanks to our passion for the preserved nature that surrounds us.