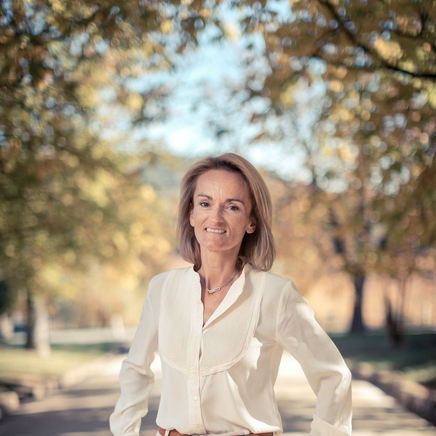 (28 ratings)
“Respect for the terroir and history”

The vineyard of Château Sainte Roseline enjoys an exceptional terroir in Provence: the clay-limestone soils and the presence of a deep spring allow a controlled supply of water to the vineyard.

The vineyard of Château Sainte Roseline enjoys an exceptional terroir in Provence: the clay-limestone soils and the presence of a deep spring allow a controlled feeding of the vine, guaranteeing the production of great wines. In 1955, it was awarded the distinction of "CRU CLASSÉ". Today, the AOP Côtes de Provence Cru Classé vineyard extends over 110 hectares where 11 grape varieties are cultivated allowing the production of rosé, white and red wines in our Sainte Roseline vineyard.
The team watches over the good development of the vines all year long thanks to demanding cultural practices aiming at favoring the concentration of the berries. The permanent quest for quality has led us to adopt a new sorting system that is particularly innovative and at the cutting edge of technology. The ultra-modern Château Sainte Roseline winery covers 800 m2. It is equipped with numerous vats, all thermo-regulated, offering the team of cellarmen a beautiful working tool. For the reds: Syrah, Mourvèdre and Cabernet Sauvignon. For the rosés: Grenache, Syrah, Mourvèdre, Cinsault and Tibouren. For the whites: Rolle and Semillon.

Château Sainte Roseline is beautifully situated in the Gorges du Verdon, near Aix en Provence, halfway between Saint Tropez and Cannes. The vines were historically planted near a spring in Provence, where the hermit Roubaud had retired. This name was given some time later to the Celle-Roubaud Abbey. In 1994, Bernard Teillaud took over this prestigious property with the ambition of making it one of the references of the southern wine industry as well as an artistic place. The property has been entirely renovated with respect to historical constraints. Today it is Aurélie Bertin Teillaud, Bernard's daughter, who is in charge of the property. The property is a true place of culture and an invitation to conviviality, to the contemplation of history and to the tasting of refined vintages faithful to their terroir of Provence.

The chapel of the domain is also a classified site. It bears the name of Saint Roseline, who lies there in a crystal shrine. The site is open and a place of pilgrimage on several occasions, notably on January 17, the feast of Saint Roseline, and on August 1.