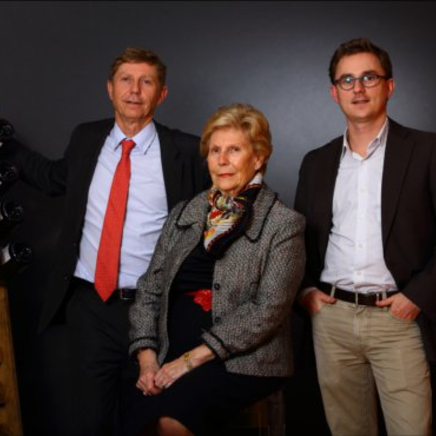 39
7
9
Discover all our winemakers

(4 ratings)
“The Pope of the Crémant de Bourgogne”

Veuve Ambal is the union of 6 different terroirs that represent a total of 250 hectares of vines. This location makes Maison Veuve Ambal one of the largest owners of...


Veuve Ambal is the union of 6 different terroirs that represent a total of 250 hectares of vines. This location makes Maison Veuve Ambal one of the largest owners in Burgundy in terms of surface area.

All the vineyards are managed in a rational way by the winegrowers who want to reduce their use of chemical treatments of the vine to give it back all its natural efficiency. This sustainable ecological management, combined with the diversity of the Burgundy house's terroirs, produces complex and rich wines.

In our region, Crémant de Bourgogne is a real institution: we use the characteristics of each vineyard to produce unique crémants.


The history of Maison Veuve Ambal goes back to the end of the 19th century. Anne-Marie Ninot, leaving Paris following the death of her husband, returned to her native land of Rully and found her brother, then a trader in the region. Marie was very intrigued by the champagne method, which was in full swing at the time. It then began to produce white and red sparkling wines according to the Champagne method.

It was Charles Roux and then Eric Piffaut who took over the business successively during the 20th century. The latter breathed a strong development into the house and acquired several wineries in Burgundy. He actively participates in the recognition of the AOC in France and around the world.

For more than a century, Veuve Ambal had been based in Rully. In 2005, the House moved into new premises with futuristic lines at the gates of Beaune, the capital of Burgundy wines. Eric is now accompanied by his son Aurélien, who represents the 6th generation of the family.

Today, Maison Veuve Ambal is the most important producer of Crémant de Bourgogne. The talent and involvement of its people have enabled it to become the specialist and leader of this Appellation in France.