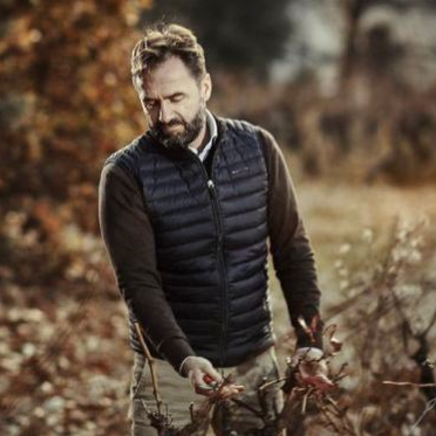 (41 ratings)
“The meeting of the biological and the kosher. ”

Located in the Gard, precisely in Saint Hilaire d'Ozilhan, the estate extends over nearly 28 hectares. The vines are cultivated on calcareous soils and rolled pebbles. The wines are made from the...

Located in the Gard, precisely in Saint Hilaire d'Ozilhan, the estate extends over nearly 28 hectares. The vines are cultivated on calcareous soils and rolled pebbles. The wines are made from Syrah, Mourvêdre, Carrignan and Grenache grapes in the appellations Château neuf du Pâpe, Côtes du Rhône and Côte du Rhône Village. Labelled Organic and Kosher, the majority of our wines are exported to Europe, Canada and the United States.

In 1992, my parents, determined to change their vocation, took over the estate in 1992. Initially, they simply produced the wine and supplied it to a cooperative. Having a background in anthropology and geography, nothing intended me to be a winegrower, but when I succeeded him in 2000, I realized the limits of producing wines for cooperatives. It was during a discussion with friends who asked me to provide them with kosher wine for their holidays or Sabbath that the idea came to me and the first bottles appeared. Producing kosher wine does not stop at a sacralization of the vats but requires a total reorganization of the estate and the treatment of the vines, but leads to very enriching exchanges and long discussions between Jews and non-Jews about the wine.

The kosher label is based on very strict specifications; from the harvest to bottling, all handling is carried out by rabbinical representatives. The kosher wine, previously purified by three successive baths of water, is placed in separate tanks so as not to come into contact with other wines. Hebrew songs rise up in the darkness of the cellars. 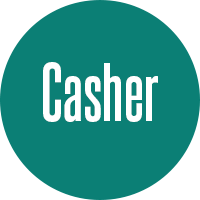