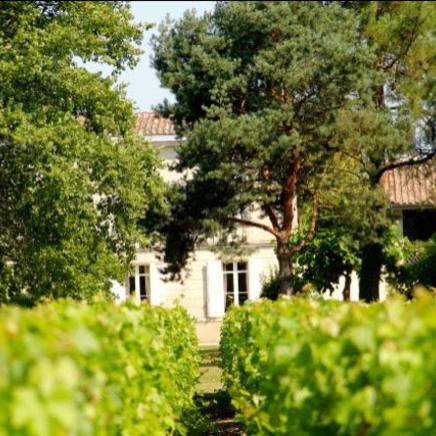 The vineyard is located in Listrac-Médoc, in the appellation of the same name: Bordeaux, the real one! On a little more than 10 hectares, we cultivate Cabernet Sauvignon, Merlot and Petit Verdot. Not...

The vineyard is located in Listrac-Médoc, in the appellation of the same name: Bordeaux, the real one! On a little more than 10 hectares, we cultivate Cabernet Sauvignon, Merlot and Petit Verdot. Our terroir is special because our soil is composed of gravel known as "de Baudan": the name of the estate is directly derived from it. This unique terroir provides impossible drainage on other more classic gravelly soils: the vines will draw their resources from the depths of the soil, and thanks to our collaboration with our oenologist Marc Quertinier, we are classified as Cru Bourgeois: the rebirth of the estate is well and truly complete. Today, the wines produced are completely in tune with the times. They are characterized by an elegant, ample and ruby colour and notes of red fruit with mellow tannins.

Château Baudan is above all the story of a renaissance. According to our research, it was Pierre Sauts who, in 1850 in Listrac, began to exploit the vineyard as we know it today. His son Claude then took over the management of the estate, which he developed until his untimely death. It was in 1993 that Alain Blasquez, great grandson of Pierre Sauts, converted and decided to relaunch the operation of his winery: a challenge he took up without hesitation. After several purchases of plots and plantations, Château Baudan gradually regains its letters of nobility. Today, 9 hectares of vines are cultivated by the owners, supported by their oenologist Marc Quertinier. In 2013, all their work to rehabilitate the estate is devoted to their classification as a Cru Bourgeois.

This beautiful renaissance will be told to you with passion by the owner of the Château himself if you visit the farm. Indeed, Alain Blasquez gives visits to his estate and tasting of his wines personally.