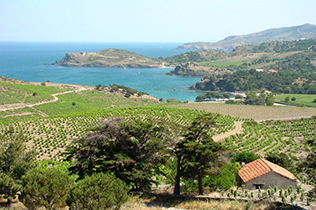 Formerly a part of Catalonia (the province of Roussillon used to be part of the Government of the Counts of Roussillon and Cerdagne), the plain of Roussillon existed from 1659 until the creation of the Eastern Pyrenees department in 1790). It thus retains its distinctive character (despite its annexation to Languedoc), rooted in its landscapes, its ethic roots and its wine styles.

En savoir plus
Are you a professional ?
Our winemakers are also available on Les Grappes PRO
Learn more
Display
Sort by
267 wines