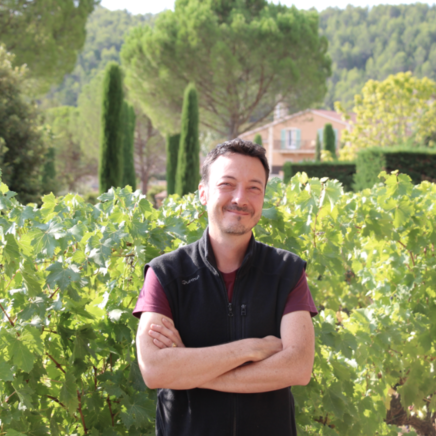 The Château de Berne winery produces red, rosé and white Côtes de Provence wines, recognised as one of the region's leading wines. You can discover the mysteries of wine during a wine tasting...

The Château de Berne winery produces red, rosé and white Côtes de Provence wines, recognised as one of the region's leading wines. You will be able to discover the mysteries of wine during a visit to the cellar and a commented tasting. Several formulas are available to discover the secrets of winemaking.

ANCESTRAL VINEYARD Since Roman times, the vine was cultivated on the grounds of the Château de Berne. It was then located on a branch of the "Via Aurelia" which connected Italy to Spain and was used in particular for the wine trade.UN TERROIR RICHE ET VARIÉ The continental climate of the Château de Berne is marked by hot and dry summers and cold winters. This sunny landscape, swept away by the Mistral, gives the wines of Provence their typical character. LES CUVÉESCEACH wine is a subtle blend of the influence of nature and human know-how. The Château de Berne Côtes de Provence cuvée is the very emblem of a subtle and elegant wine. A true signature, the square bottle testifies to the estate's historical bias: combining quality and elegance without losing the winegrower's soul!L'ART DE VIVRE EN PROVENCEThe Château de Berne welcomes all wine lovers around a tasting cellar but also offers associated experiences in an exceptional and upscale setting: a***** Relais et Châteaux hotel with 27 rooms, an 800m² Spa Cinq Mondes, two restaurants, including a gourmet restaurant awarded in 2017 by a Michelin star, a cooking school and 690 hectares of nature dedicated to discovering Provence.

The 3,000 hours of sunshine per year, the annual rainfall of between 600 and 800 mm and the 50 days of wind per year (over 50 km/h) provide the Château de Berne wine estate with a particularly favourable environment for vine growing. The cool nights of the Haut Var ensure a slow and optimal ripening of the grapes. The harvest is therefore later than on the coast (generally from mid-September). If the rosé wines mature later, they are structured wines with a long finish that are particularly well suited to the food and wine combinations of contemporary cuisine. With a surface area of 145 hectares, the Château de Berne vineyard is located on the Triassic plateau and is divided into two distinct areas. Each zone rests on a limestone base of the middle and lower Jurassic. The vineyard protected by the 690 hectares of forests is mainly oriented to the south. It is divided into two distinct groups: - The Plateau (altitude 330 m) has thin soils with a high stoniness. The vines used to make the best vintages are cultivated here because yields are limited to 40 hecto/ha. - The Château (altitude 250 m), on the other hand, offers different soils: the proportions of sand are more consistent, the general structures are finer and the stoniness less important, offering the rosés a lot of freshness. A shallow soil, without excess humidity that is perfectly suited to the vine, this mainly calcareous soil brings freshness and minerality through a palette of grape varieties ideal for the winegrower's expression. At Château de Berne, about ten wines are regularly produced: Syrah, Grenache, Cinsault, Sémillon, Ugni blanc, Viognier, Cabernet-sauvignon, Carignan, Rolle and Mourvèdre.