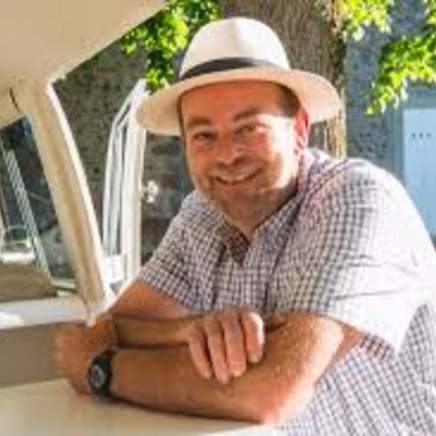 “A very old family estate with so many stories!”

Château de Juliénas is 40 hectares of vines, most of which are cultivated in the Juliénas appellation (38 hectares) and 2 hectares dedicated to the Fleurie and Moulin-à-Vent wines. The most vi....

Château de Juliénas is 40 hectares of vines, the majority of which are worked on the Juliénas appellation (38 hectares) and 2 hectares devoted to the Fleurie and Moulin-à-Vent crus. The oldest vines are over 100 years old! Juliénas is surrounded by a landscape of hillsides, with an average altitude of 350m, covered with vines. The vines are located on a wide variety of terroirs: granite, limestone, clay... The diversity of soils and climates gives each cuvée its typicality, the signature of which is specific to Château de Juliénas.

Château de Juliénas is a very old family estate, with so much history and anecdotes... If it dates back to the 13th century, it was in 1907 that Claude Condemaine, the great-grandfather, bought it and restored the vineyard, then in the middle of the phylloxera crisis. Since then, 4 generations of winegrowers have succeeded one another. Thierry has taken up the torch for more than thirty years now. The estate has been certified Terra Vitis (sustainable agriculture) since 2018 and has started a conversion to organic farming since 2019.

Beyond my profession, Château de Juliénas represents a multitude of histories, terroirs, wines... and proudly carries the values of authenticity, constant search for quality in its wines and conviviality. Château de Juliénas is a simple, true and evocative name; a tool that reflects and serves our terroirs. Winegrower, the most beautiful job in the world? I think so! A winegrower from generation to generation, Château de Juliénas is passed on and evolves over time. Planting, pruning, thinning out the stems, harvesting, vinification... my work is governed by the seasons, the weather, but above all by the passion and pleasure of continuing the story of my parents and writing that of my children. But winegrower and winemaker are not my only hats, there is of course also the one of merchant. We try to favour direct sales which allows us to be in permanent contact with our private customers. This is why we have been opening our doors to the public for a few years now and have developed wine tourism at the château.

Traditionally on the Juliénas cru, the estate has recently been offering two other crus: Fleurie since 2012, having acquired a one hectare plot on the place called Les Moriers, and since 2014 Moulin-à-Vent, the new wine with great potential, produced on a small plot of less than one hectare. It is always the same grape variety, Gamay, but each wine obtained is different and has its own personality!