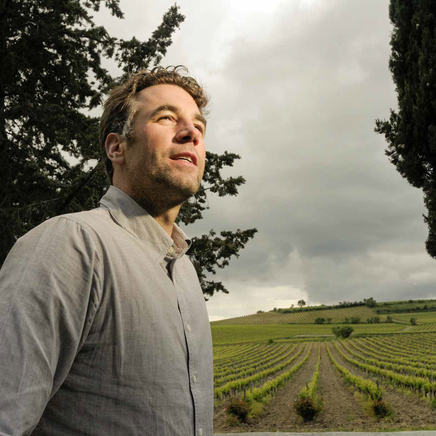 Château Guilhem has been a family property since 1878, located in Malviès, between Limoux and Carcassonne. Today, it is the fifth generation, represented by Bertrand Gourdou-Guilhem,...

Château Guilhem has been a family property since 1878, located in Malviès, between Limoux and Carcassonne. Today, the fifth generation, represented by Bertrand Gourdou-Guilhem, is in charge of the Château and makes it prosper. 35 hectares of vines grown organically, adjacent to the property and leaning against the Malepère massif, produce the wines. This particular massif, located in the West of Languedoc and benefiting from a certain proximity to the Pyrenees, influences the grape varieties: we only use Atlantic grape varieties (Merlot, Cabernets and Malbec) in our vineyard.

It is this particularity that gives us the nickname of "the other Languedoc" ! in addition to this climatic particularity, the soil of the Malepère is essential to the production of our wines. The name of the massif comes from the stone that makes it up, which in Occitan is called "mala peyra", the wrong stone... to build! Indeed, very brittle, it does not allow construction but lends itself perfectly to the cultivation of the vine. In winter it soaks in moisture to give it back to the plants in summer, protecting them against any hydric stress and allowing them to keep the wines fresh.


The property was almost sold to foreign investors about ten years ago, when the winegrower's mother left the Château... It was his son, Bertrand Gourdou-Guilhem, who could not bear the idea that the Château and the vines could leave the family, who broke into the notary's office just before the deed was signed and thus kept Château Guilhem in the family!

A little anecdote about one of our vintages, the label of the Bribe dates from the grandfather of the winegrower, who created the latter in a humorous way, and offered bottles at the end of the year to his customers and suppliers. The success was only partially successful at the time, the return is now quite different! The labels are almost identical, only a few colors have been modified, the rest is original...