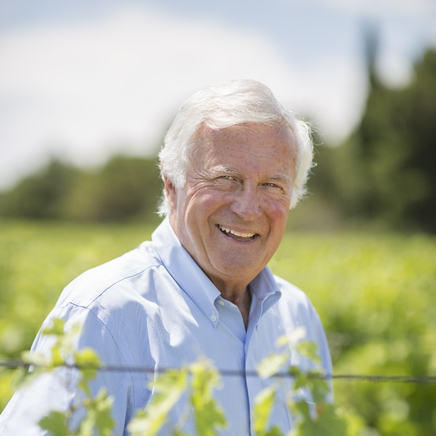 A magical and timeless site, coloured by the gentle Mediterranean light... Château de Lastours overlooks a domain of character with 850 hectares where generous vineyards and olive trees stretch...

A magical and timeless site, coloured by the soft Mediterranean light... Château de Lastours overlooks an estate of character with 850 hectares of generous vines and majestic olive trees, nestled in the garrigue. Property of the Allard family, the estate is run by Franck Allard and Xavier de Rozières and is renowned for its fine wines, but also for its 90km of car tracks !Château de Lastours is a magical and eternal site. This majestic 850-hectare estate located near the Mediterranean Sea consists of a 100-hectare vineyard and a 10-hectare olive grove (which represents about 3,000 olive trees!). This unique terroir offers ideal geological and climatic conditions. The vineyard is worked according to the principles of sustainable agriculture, the estate is certified "High Environmental Value" by the Ministry of Agriculture and in conversion to Organic Agriculture since 2017.

"He who lives in vain, he who does not give himself any trouble to live pleasantly" Motto of the House of Lastours. The immense territory of Lastours, a major wine tourism destination today, was already a stopover in the heart of the Corbières at the dawn of the first millennium. Garrisons were stationed there and a fortress watched over the rural roads joining the Domitian Way. From the 13th century to the Revolution, this land of mixed farming (wood, livestock, cereals, vines) under the rule of the Viscounts of Narbonne was owned by only three families, rich lords who lived very comfortably in the castle. Here, as elsewhere in the Corbières, the vine became more and more important during the 19th century. Two successive families, first the Calas, then the Martin, who were keen on botany and agronomy, forged the reputation of the estate's wines. In the vineyard, the estate manager experimented with grafting methods while the owners promoted their production through advertising. In 1940, Lastours became the property of the writer Louis-Pierre Lestringuez, who wanted to move away from occupied Paris. Although family and friends were protected during the war, the immense property was neglected, and the château and its vineyard gradually declined. In 2004, a family of enthusiasts fell in love with this beautiful neglected land. Organic practices, plot selection, energy saving, oenotourism: the precise work carried out by the Allards is equal to this terroir and its long history!

"This field has allowed us to develop the two activities we are passionate about. On the one hand, wine growing and on the other hand, leisure activities with wine tourism and motor sports. "We have a know-how between tradition and modernity with an excellent international reputation. »