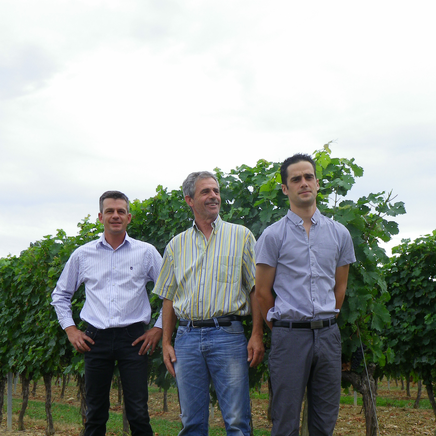 (7 ratings)
“From the top of the Gironde”

A stone's throw from the Grands Crus, in the heart of the Entre-deux-Mers, is Château Gaury Balette. From the top of its 110 meters, it turns out to be one of the highest wine-growing points in the region! The....

A stone's throw from the Grands Crus, in the heart of the Entre-deux-Mers, is Château Gaury Balette. From the top of its 110 meters, it turns out to be one of the highest wine-growing points in the region! The vines grow in clay-limestone soil, on slopes facing South and South East and benefit from sunshine conducive to the development of the grapes.

The vineyard is transmitted from generation to generation by a traditional enthronement. Bernard was inducted by the Connétablie de l'Entre-Deux-Mers and Marie-Claire by the Connétablie des Bordeaux et Bordeaux Supérieur during the traditional Wine Festivals. Their eldest son, Guillaume, is constable of Guyenne in Entre-Deux-Mers. For the YON family, the passion for wine is an enthronement on its own. Bernard, the current owner, is now teaching his younger brother Quentin the trade.

Château Gaury Balette is an old 19th century Gironde building whose restoration combines modernity and old stones. It is therefore a modern winery in an old place that allows us to apply recent winemaking techniques in a place steeped in history.

It is often said that our wines are products for gourmets. In the vineyard, we are constantly thinking about ways to magnify this land whose roots will draw their energy from the depths of the soil. To do this, we plant several grape varieties and only keep those that express the unique climate of the Gironde.