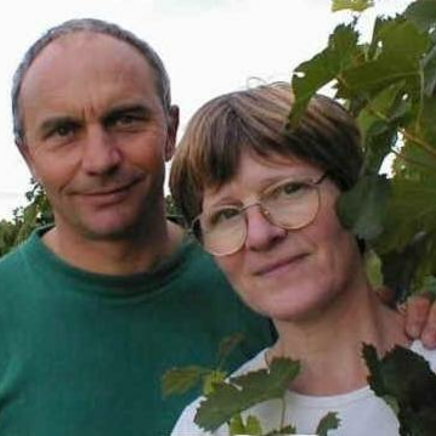 Located halfway between the Atlantic Ocean and the Massif Central, Château Grinou offers its vines a terroir where they feel at home. With a moderate climatology and very diversified soils,...

Located halfway between the Atlantic Ocean and the Massif Central, Château Grinou offers its vines a terroir where they feel at home. With a moderate climatology and very diversified soils, from clay to limestone and organic matter, everything is combined to make it a suitable land for viticulture. Add to that the vineyard has been managed organically for 10 years without using any pesticides, replaced by green manures, and you get a land full of life.

It has become a paradise for the roots of the vines to flourish. Sauvignon is expressed on limestone soil in order to sublimate its minerality, Semillion finds its place on more clayey soils which gives it roundness, and finally Merlot is on stony soils which soften its tannins and thus soften its structure.

When Guy Cuisset's grandfather bought the estate at the beginning of the 20th century, it was almost abandoned. However, we know that a monastery was once located there (where the name of the village comes from: Monestier). Long before that, man had felt that it would be nice to live there, if we judge by the many prehistoric remains found in the vines.

Proof that life is at the centre of our estate, we regularly find remains of very ancient civilisations in our lands, carved flints, bifaces, arrowheads, knives, polished axes... These traces affirm an occupation of several millennia since they are remains of the Paleolithic period, more than 20 000 years ago.
It is this continuity and history that has led us to opt for organic farming. Limiting our impact on nature is essential for us and is our responsibility to leave the purest possible land to future generations.
The well-being of our vines is obviously our primary concern, which is why they have a growth rate that is neither too low nor too high, only controlled and balanced. In
order to further limit our impact on the vine, we have implemented a new process of pruning that is softer and less traumatic for the vine. The
ideal recipe for her to offer us good grapes.