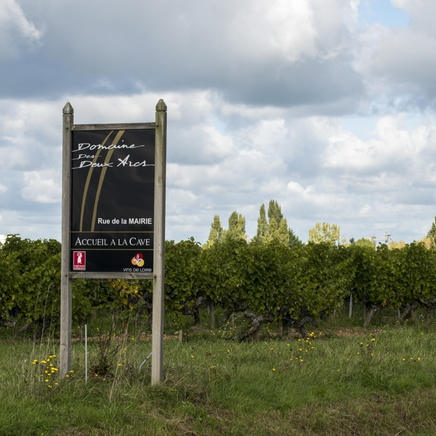 Domaine des Deux Arcs is located in the heart of the Loire Valley in the small town of Martigné-Briand, 30 km from Angers, the most wine-growing village in western France. Our v...

Domaine des Deux Arcs is located in the heart of the Loire Valley in the small town of Martigné-Briand, 30 km from Angers, the most wine-growing village in western France.

Our 53 Ha vineyard is planted on clayey-limestone and schist soil, which allows us to produce several types of grape varieties such as chenin, cabernet franc and chardonnay.

This richness in our terroir gives our wines the character and typicity of Anjou wines.

Domaine des Deux Arcs was created in 1904 by the great-great-grandfather of the Gazeau family. Originally, the estate was a mixed farming farm, the wine was mainly sold directly. It was in 1973, with the arrival of Michel Gazeau, that the estate concentrated on the wine sector.
In order to make the estate official, Michel called it the "Domaine des Deux Arcs" in reference to the first two parcels operated by Jean Gazeau: Les Deux croix et les Arcies. Today, Jean-Marie Gazeau is at the head of the family business since 2011, thus perpetuating the 5th generation.

All our vines are managed in a sustainable way. This practice consists in treating the vines only if necessary, after a rigorous analysis of the vine's needs. Our plots are surrounded by hedges, essential to wildlife life.

The relatively large size of our vineyard allows us to express ourselves on different appellations, different grape varieties and different terroirs.