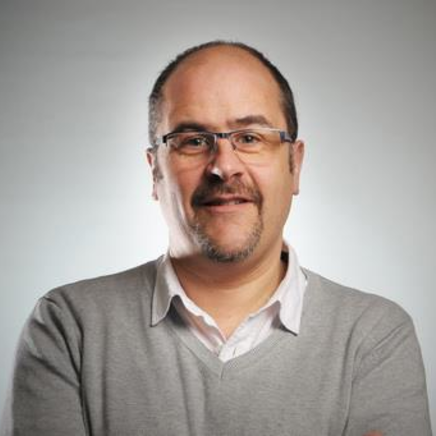 At the time of Philippe, his predecessor, the estate's surface area was 30 hectares. It is now 18 hectares in production on 23 plots spread over the commune of Faye d'Anjou. Indeed,.....

At the time of Philippe, his predecessor, the estate's surface area was 30 hectares. It is now 18 hectares in production on 23 plots spread over the commune of Faye d'Anjou. Indeed, Pascal decided to select and keep only the best plots and got rid of the less interesting ones. As a result, he had the opportunity to focus his efforts on making wines of superior quality. Each year, Pascal replaces half a hectare of old vines (nearly 45 years old), which are reaching the end of their life to constantly renew the quality of his vineyard. The fragmentation of the plots is a definite advantage in the face of climatic hazards, because their characteristics differ according to the location of the commune (near the forest for example, where rainfall is the lowest). Other characteristics of the Chenin plots (grape variety used to produce the slopes of the Layon) on the estate: a terroir study carried out in 2001 by INRA and GDDV revealed the following characteristics: The Christmas plot: (2.24 ha) is an old quarry with a silty sandy soil on 20 cm in places and a very shaly subsoil nearby. As a result, the soil rests well and warms up quickly, allowing the grapes to ripen early on southwest facing slopes. The plot of old vines: (2 ha) is planted with vines aged 50 to 60 years on sandy silty soil up to 60 cm deep with schist otherite in the subsoil. This deeper soil induces a later maturation in the season and allows the production of more complex and very typical aromas of old chenin selections.

Family genealogical research shows that in 1688, the Leblanc family already made wine in Faye d'Anjou. The Domaine des Saulaies, created in 1939 by Jean Leblanc, both winegrower and merchant, was taken over by his son Philippe, who developed direct sales from the 1970s onwards on a 30 ha vineyard. In 1992, Pascal, in partnership with his father, Philippe, took over the family business and reduced the vineyard to 18 hectares in production on 23 plots in the commune of Faye d'Anjou. Indeed, Pascal has decided to select and keep only the best terroirs to produce wines of superior quality. Pascal favours cultivation practices that reduce the use of fungicides (e.g. by removing leaves after flowering to avoid grey rot). Leaf stripping also allows the grapes to be aired and the sun's rays to be better captured. It does not use metatartaric acid (a product that prevents the precipitation of potassium bitartrate crystals in the bottom of bottles). It is therefore possible that small bright crystals may be found at the bottom of the bottles depending on the vintage and temperature of the storage cellar. Pascal set up as an independent winegrower in 1989. The same year, he and 22 other winegrowers founded a CUMA, in order to group the purchase of harvesting and filtration equipment. In 2000, he co-founded SAFRAN, an employers' group whose objective is to transform fixed-term contracts into permanent contracts thanks to various employers with complementary schedules (winegrowers, market gardeners, medicinal plants, etc.). In 2001, he was at the origin of the creation of the brotherhood of the Bienfaye du Layon, which travels throughout France and even to Belgium to promote the famous sweet wines of Faye d'Anjou. Every year in January, it organises a magnificent Saint Vincent (patron saint of winegrowers), which is lively and friendly, gathering up to 400 people.

Being a winegrower is above all a passion, passed on from generation to generation among the Leblanc family. Above all, we must make wines that resemble us and let nature guide us from day to day so that we can make the most of what it has to offer us. In 2007, I created with several winegrower friends an EIG to pool the strength of several winegrowers in order to sell our wines beyond the French borders.

The important thing is to respect the work and wines of each winegrower, whatever his production method. The particularity of the Chenin grape variety is to be located on very stony, therefore very poor hillsides, which allows a small production. From time to time, it may happen that a chenin is planted in a richer, and therefore more vigorous, vein of soil. This plot will therefore be grassed so that the rows can obtain a sufficiently ripe grape, 50% of which is intended for the production of Crémant de Loire. For example, in 2007, some plots were grassed every other row with a combination of varieties because rain and constant humidity were absorbed by this vegetation cover. We use a widespread organic fertilizer, depending on the type of soil and the analysis of the terroir. In order to fight against diseases and pests, we have been working for 5 years with a viticultural technician independent of phytosanitary products, in order to reduce the doses and frequency of treatments. Lots of observation in the vineyard and choice of environmentally friendly products. We favour cultivation practices that reduce the use of fungicides (e. g. removing leaves after flowering to avoid grey rot, then removing secondary buds in chenin plots to avoid having too many bunches). Leaf stripping also allows the grapes to be aired and the sun's rays to be better captured.