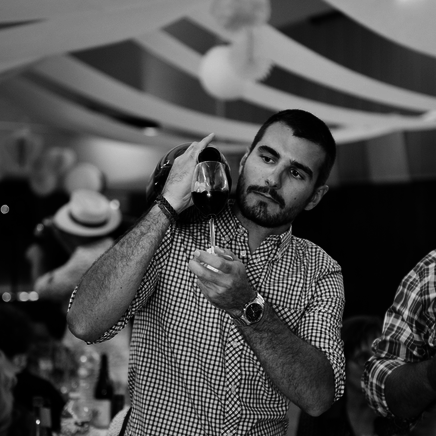 Nestled between the Dentelles de Montmirail and the shade of Mont Ventoux, our 10 hectare estate extends around the commune of Caromb in AOP Ventoux. On our calcareous soils evolve a majority of...

Nestled between the Dentelles de Montmirail and the shade of Mont Ventoux, our 10 hectare estate extends around the commune of Caromb in AOP Ventoux... On our calcareous soils evolve a majority of red grape varieties typical of the region, as well as three white varieties... Rocked for years by ideas of respect for nature, we practice a rational agriculture. This allows us to limit our impact on the environment by adapting our interventions in the vineyard according to its real needs, so all our farming methods will focus on protecting our soils. The aim is to promote their microbial life, allowing the growth and maintenance of organic matter, the basis of fertile soil.

A US LEGEND One day there was a huge forest fire. All the terrified, appalled animals watched helplessly as the disaster unfolded. Only the little hummingbird was active, going to get a few drops with his beak to throw them on the fire, and after a while, the armadillo, annoyed by this derisory agitation, said to him: "Hummingbird! You're not crazy? It's not with these drops of water that you're going to put out the fire! "And the hummingbird replied,'I know that, but I'm doing my part. "OLIVIER LEGRANGERNED OLIVE in the Aisne at the end of the 1980s, Olivier chose the oenological path for his studies. Having obtained a BTS in Viticulture and Oenology in Champagne followed by a degree in wine marketing in Montpellier, he decided to travel to discover other wine-making practices after several positions of responsibility in various French cellars.Olivier will settle down in the United States, then in Australia and New Zealand, and will return to France in 2014 with the objective of creating his estate in the south of the Rhône Valley, since the vintages are difficult to access for an installation, Olivier succeeded in acquiring 10 hectares of vines in the Ventoux appellation during 2016.