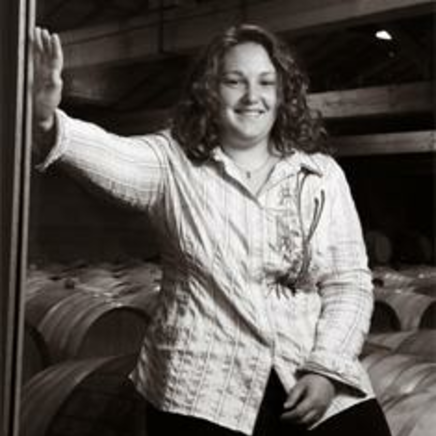 My estate extends over 120km along the Rhône Valley, between Ternay and Pont de l'Isère. I am fortunate to have a multitude of terroirs and appellations that give diversity...

Jeanne is the daughter of a winemaker, and not just any winemaker: Pierre Gaillard, who is very famous in the Rhône Valley and Languedoc-Roussillon! It is thus from her parents that Jeanne got her passion for wine and the desire to make it her profession. In 2008, she embarked on the adventure of winemaking and became independent from her parents by buying a vineyard. The Domaine Jeanne Gaillard is located in Pont de l'Isère, in the commune of Crozes-Hermitage, as well as in the plain of the Drôme, and on the granite plateaus. This estate used to belong to a nurseryman, which allowed him to work with many grape varieties. But it is also the product of her wine-growing experiences in France and abroad: for example, she brought her personal touch by buying back vines in the appellation and replanting Saint-Joseph and Condrieu (in 2011). Before getting to this point, Jeanne did a BTS in marketing followed by a BTS in viticulture and oenology in the town of Beaune. She then did an internship in California to get new ideas. Finally, she returned to her native land to launch herself into the wine world. A successful bet, she handles her grape varieties with brio and shows everyone that she is on her own by dedicating one of her vintages to her parents: "La Relève"!

Wine has always been with me. It is a family passion that has allowed me to make many dreams come true. I called my St Joseph vintage "La Relève", a nod to my parents!