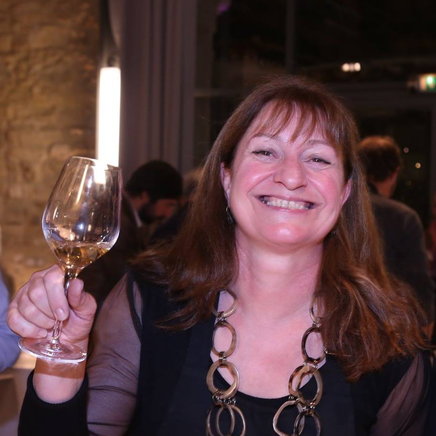 A family vineyard since 1860, the Clos des vins d'Amour is run by the Dornier family and extends over a wide area...

"You have to be a good person to be a good winegrower." Frédérique gives herself to you through her wines, which you must know how to "listen" to. She knows her field inside out and vibrates to make sure she's...

Domaine Vaquer has been a family estate for 4 generations. It is located in the heart of Aspres. Its clayey and stony soil transmits a beautiful freshness and great elegance to the wines. It is composed of 17 hectares of vines located at an altitude of 200 metres. This balcony overlooking the Roussillon plain with the sea in the distance is located below the Pla del Rei, the site of the historic battle of 1794 known as the Boulou. My favorite plot is the one I grafted on the vine; the Muscat Petit Grains located on the nipple which has a 360° panoramic view. But this is where I take those who want to let their hearts beat to the rhythm of my terroir. We practice regular surface ploughing, which allows us to give organic matter to the soil by burying the annual grasses. The culture we practice is reasoned and I like to add reasonable and responsible, respectful of this terroir that was passed on to us by our ancestors and will be passed on to our children. We, the winegrowers, are life couriers. In our plots of land, fauna and flora enjoy a preserved environment, what a joy to find there: butterflies, ladybirds, rabbits and wild boars, although the latter take a wicked pleasure in eating the grapes before the harvest.

After having wanted to launch myself into a career as a sports teacher in Dijon, fate finally pushed me to enrol in the Deug de science program. I then met my future husband, Bernard, who wanted to take over his father's estate in Tresserre in Roussillon. I then began a training in oenology in Burgundy with him, where we acquired solid technical knowledge. In 1991, we took over the family estate (which celebrated its 100th anniversary in 2012). In 1968, grandfather Fernand became a pioneer in Roussillon by being one of the first winegrowers to bottle his wine; in this region, the sale was to the cistern. The love of wine and my husband led me to take over the estate. It was very exciting to work as a couple, each one bringing his brick to the common building: Bernard in the vineyard, me in the sales department and we both found ourselves in the cellar. After Bernard's death in 2001, it was necessary to get up and continue the chapter started. My wish was to bottle La Roussanne, which we had just planted, it became a "Sketch". In order to differentiate ourselves, the new appellation "Côtes du Roussillon Les Aspres" appeared on our labels in 2005. I learned to love the Aspres region and to tame the Tramontane For the anecdote, during ploughing, we found pieces of cannonballs and even bayonets! The panoramic view of the Aspres hills is magnificent. Between scrubland and small ravines, I feel at home.

Being a winegrower is a passionate profession. Work never stops and it is better to practice all the trades because every detail counts. Where does my love for Roussillon wines come from? Here's the secret: During a Christmas Eve at my in-laws' house in the Pyrénées-Orientales, I fell in love with the old Rivesaltes ambrés, the region and the winegrower's profession. To be a winegrower is to pass on to those who will open our wines, a little of our terroir, and the joy of sharing this wine with friends. The wine is so dependent on the vintage, on the winegrower, that nothing is ever acquired and certain: you must always question yourself so as not to become numb... I recognize myself in La cuvée "Expression" 100% Carignan. This straightforward wine, long and with fine tannins, on the stone fruit or the evolution of the undergrowth depending on the vintage. It is a direct wine without a hint of a hint. During my apprenticeship, I had a very beautiful human encounter in the person of André Brugirard. Rector of oenologists, he was the one who accompanied my father-in-law during all his vinification. He taught me "positive tasting": to talk about a wine according to its qualities, its "more" and never its lack... it is more difficult but so much more enriching (as for human relationships by the way!)

I often draw parallels between the work of a winegrower and the work of my mother. It is necessary to set rules of life at the beginning, to know how to "listen" to the product and above all to be a good living to be a good winegrower. But you also have to try new things, that's what I try to do every year. I take the example of natural sparkling wines, I like them very much and I may do so later. New things also depend on the quality of our wines, which are sold internationally. From Singapore to the United States, Denmark and England, our wines are appreciated throughout the world. The advice I can give to young people who want to start working as winegrowers: know where to position yourself and make this profession a passion.